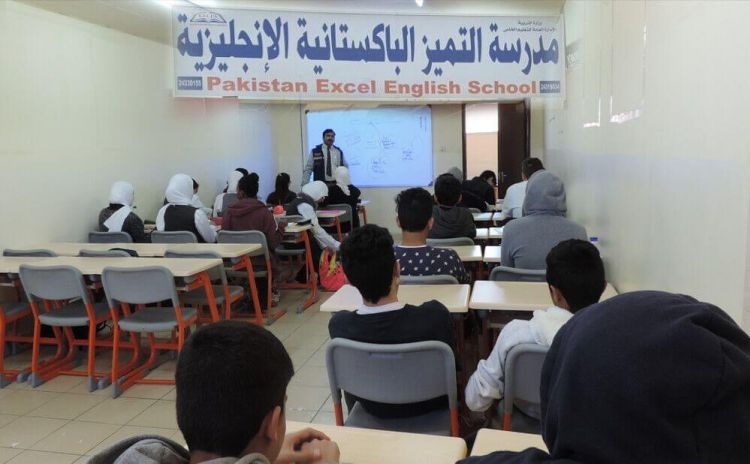 KUWAIT CITY, April 15: About 1,000 students of Pakistan Excel English School in Khaitan are facing the risk of suspension of their studies in the school following the announcement made by the school owner concerning an intention to transform the school into an Arab school in the academic year 2018/2019. This announcement has resulted in confusion and chaos among the guardians of the students.

The school administration affirmed that it has informed the guardians of all students last week that the current academic year (2017/2018) will be the last for studies under the foreign system in the school. It highlighted that the owner was long given the green signal by the General Department for Private Education to transform the school into an Arabic school despite a ministerial decision that bans the transfer of license from foreign to Arabic system.

In an interview with Al-Seyassah daily, a number of guardians expressed their disappointment over the school decision.

They lamented that this move is a stumbling block for them and their children, given that it will be very difficult for their children to continue with studies in that situation, as well as the scarcity of schools nearby and the vast differences in school fees and educational standards.

The General Department for Private Education has informed the owner of the school to coordinate with nearby schools concerning the transfer of the students there after obtaining approval from their guardians.

Meanwhile, Ministry of Education has announced the postponement of the implementation of national tests for measuring the performance of education system in Kuwait (Meeza) for fifth and ninth grades by two academic years. The tests, which are subjected to a random sample of students, are aimed at measuring students’ knowledge in basic subjects such as Arabic, English, mathematics and science.

The tests only include the general education sector and come in national form and standards with the aim of detecting strengths and weaknesses in the students’ performance, diagnosing learning problems and determining the factors that may negatively affect their performance and measure the extent of student achievement at the end of each study phase.