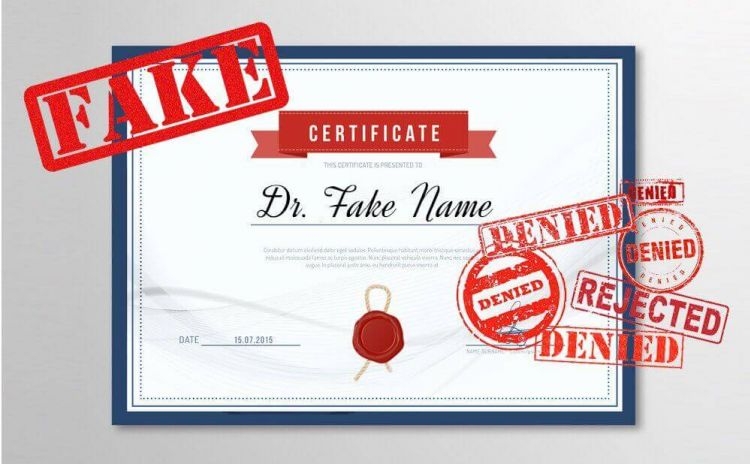 April 9: The investigations carried out by the panel, which was formed to look into the case of fake and forged certificates in academic institutions, have forced 17 doctors to resign out of fear of being exposed and referred to judicial authorities, reports Al-Shahed daily quoting sources.

They explained that the sudden shocking resignations affirm what has been discovered of late that there are fake and forged certificates in a number of academic institutions in the country. This prompted Minister of Higher Education Dr. Mohamed Al-Fares to issue a decision to further extend the work of the concerned panel. Some have lamented that the extension will give room for holders of fake certificates to run away before they are exposed and referred to concerned authorities. The preliminary release of the investigation results disclosed the involvement of prominent figures.

This has put the panel in a difficult situation, as some holders of these fake certificates are well-known prominent figures who have a big say in political and academic circles. Meanwhile, the resignations of a number of officials in executive apparatuses of some local banks and companies have raised questions regarding the lack of expertise in this sector, despite its financial stability.

These resignations by banking officials and companies occurred successively without the motives and real reasons being revealed. Sources said more than 50 cases of resignations were witnessed in a number of companies and board of directors of some banks during the past period as well as in companies of the oil, real estate, health, welfare, and aviation sectors.

They added that all those who resigned used to occupy high positions such as chairman and member of the board of directors, financial managers in banks and directors of investment departments in companies. Meanwhile, the Ministry of Education has received roughly 3,000 complaints from expatriate teachers regarding the housing allowance cut, reports Al- Anba daily. The daily quoting knowledgeable sources indicated the ministry has asked its finance counterpart to boost its budget for the disbursement of outstanding sums to the expatriate teachers. However, the ministry has yet to receive any response from its finance counterpart in that regard. Concerning the reduction of housing allowance, sources noted the Ministry of Education is not responsible for the decision, indicating it’s the sole decision of Civil Service Commission (CSC).