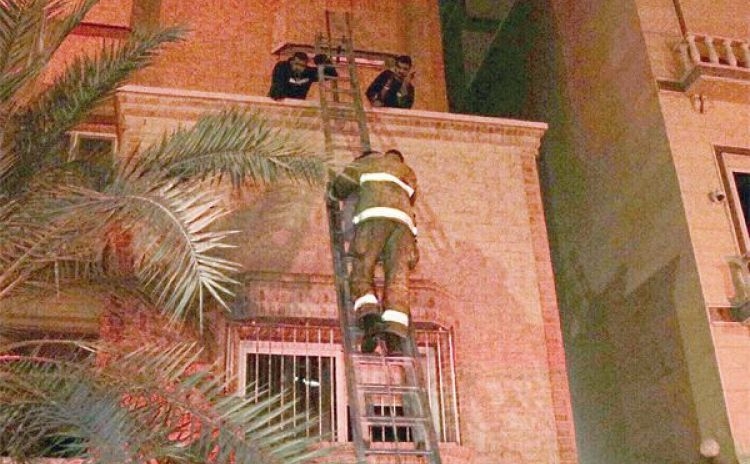 Firemen rescued 17 people who were trapped in a fire while thick smoke billowed from the house in Salaam area. Two people were referred to a hospital for minor injuries and the rest were given first aid by paramedics on the site for breathing difficulty.

A security source said the Operation Room of the Fire Service Department received information about the incident and deployed a team of firemen to the scene. Upon arrival, the officers discovered that 17 people were trapped inside a fl at, and ladders were used in rescuing all victims before the firemen went ahead to extinguish the blaze. High ranking fire officials supervised the operation.