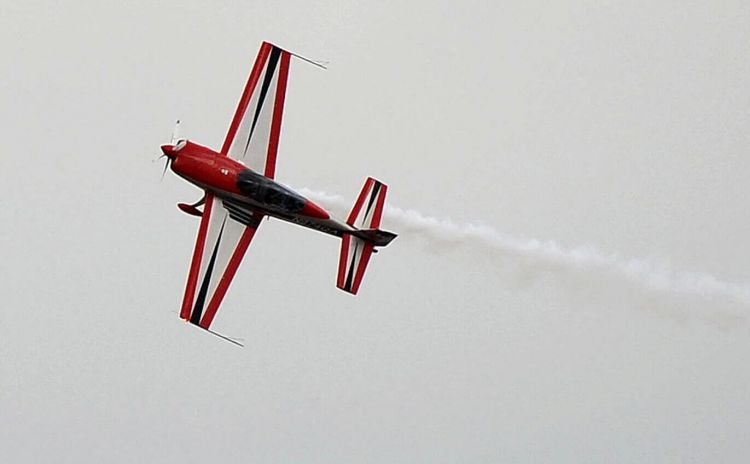 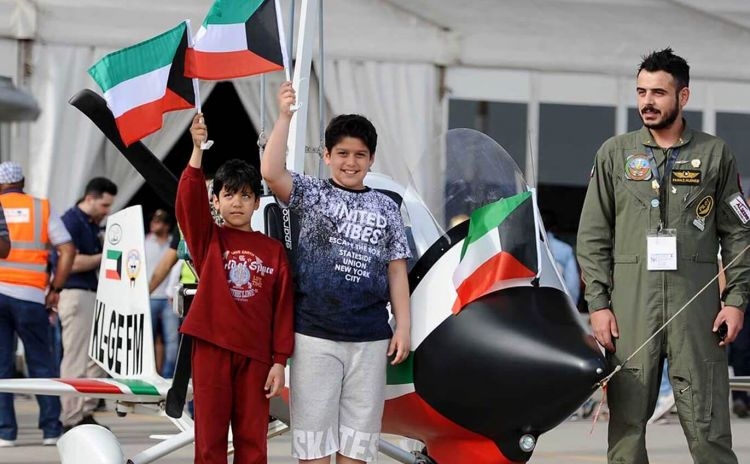 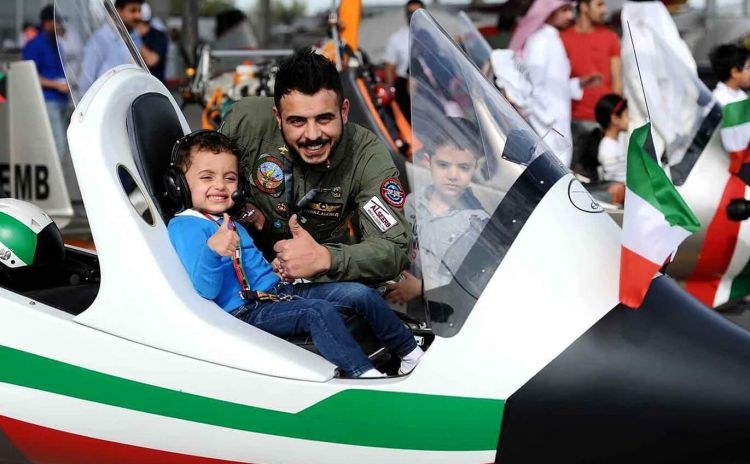 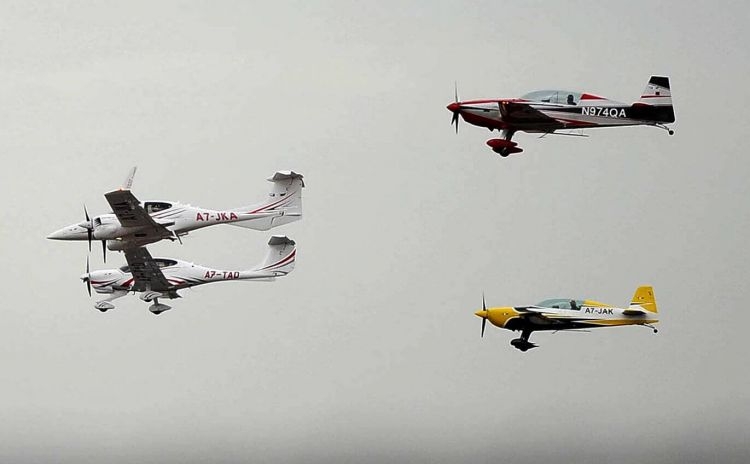 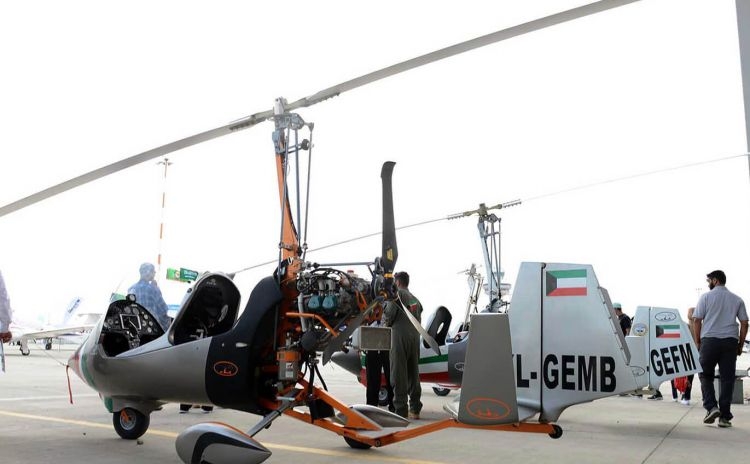 Around 27 planes from all Gulf countries have displayed remarkable aerobatic shows over Kuwait's sky Friday as part of the Kuwait First Flying Gathering event, which kicked off earlier.

The planes displayed beautiful rhythmic segments that were highlighted by each plane's distinctive color.

The two-day event's shows and activities are held at Sheikh Saad Al-Abdullah Airport. The Gathering, considered as one of a kind event in Kuwait's history, is under the auspices of the Minister of State for Youth Affairs.