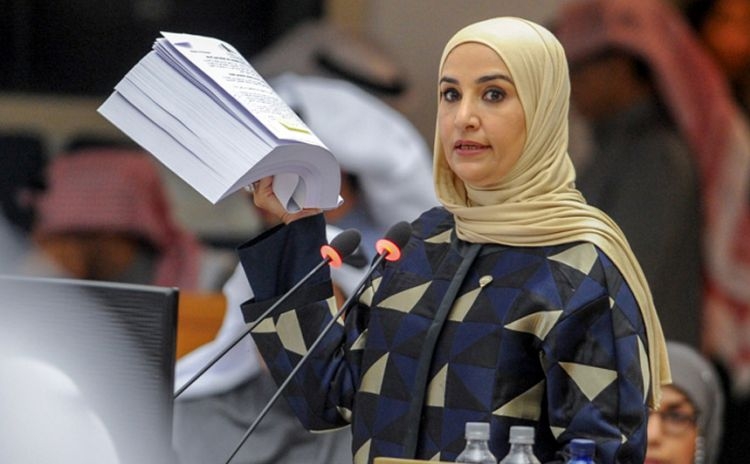 Minister of Finance and Acting Minister of State for Economic Affairs Mariam Al-Aqeel revealed that the number of expatriates appointed in the government sector during the last three years was 3,128, including 2,969 in the positions of doctors, due to shortage of Kuwaiti applicants for health and education positions, reports Aljarida daily.

In response to a parliamentary question submitted by MP Omar Al-Tabtabaei, she indicated that there are no Kuwaiti doctors or teachers looking for work in the government sector. The minister explicitly said, “Non-Kuwaiti employees are not appointed in any positions if there are Kuwaitis registered in the Civil Service Commission (CSC) to fill them.”

Explained
Al-Aqeel explained that the appointments in the past three years have been in line with decree No. 17/2017, which prioritizes appointment of Kuwaitis, followed by non-Kuwaitis with Kuwaiti mothers, and then Arab nationals. These positions are of doctors, health services, and in education, or jobs that Kuwaitis do not accept such as service positions and manual work like driver, janitors, undertakers, gravediggers, etc. or jobs that require expertise in various fields that are not available to the newly graduated Kuwaitis registered in the central recruitment system of CSC.

Regarding the recommendations of the Supreme Committee for Restructuring Demographic Imbalance and the minutes of its meetings and number of its members, Al-Aqeel said, “The committee held three meetings. The first article of the decision referred to the members of the committee was identified, and the eighth article of the same decision touched on the financial reward. Regarding the minutes of the meetings, the committee has not finished its work, according to what was determined by article No. 7 of the decision”.

Regarding the reasons for appointing expatriates instead of Kuwaitis, Al-Aqeel stressed that this is due to lack of any Kuwaitis in the legal office, as the Kuwaiti legal researcher had previously resigned from that position, knowing that the General Secretariat of the Council of Private Universities has vacated the jobs of Kuwaiti typesetter. She said there are Kuwaiti applicants for these jobs. She stated that the General Secretariat of the Council of Private Universities applies the general Kuwaitization policy on government jobs, and works on reducing the number of non-Kuwaiti employees working for it through a plan conducted annually based on a specific study developed by CSC in the specializations that have an abundance of Kuwaitis registered with the central employment system, as per specific quota of job groups. Al-Aqeel said, “The General Secretariat of the Council of Private Universities does not have expatriates with low educational qualifications in the mentioned jobs. They have higher educational qualifications and scientific experiences that made them eligible for these jobs. The approval of CSC was also received for their appointments”.

Furthermore, the National Agency for Academic Accreditation and Quality Assurance of Education explained that the agency has not appointed expatriates, and there are no Kuwaitis who applied for the same jobs and were rejected, adding that all of its employees are Kuwaitis apart from those working under the ‘assistance’ clause. In addition, PAAET affirmed that it did not appoint expatriates to work for it on permanent basis during the aforementioned period, but rather, after obtaining the approval of CSC, it used the services of 19 non-Kuwaiti employees from outside the authority to work on commission basis within the budget set by CSC, which is KD 3,000 per month.