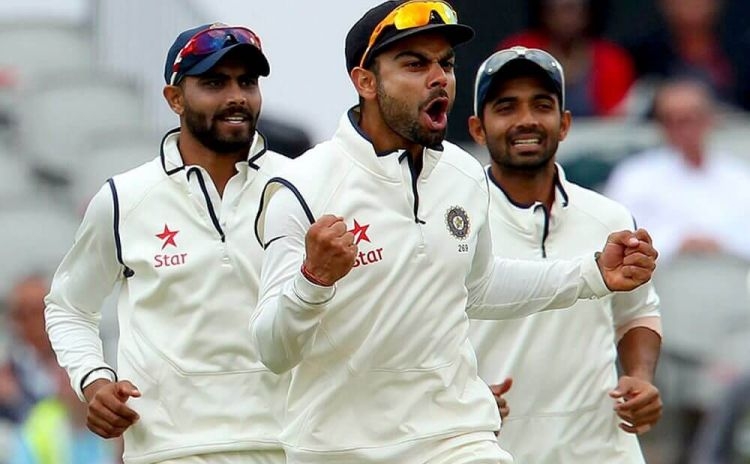 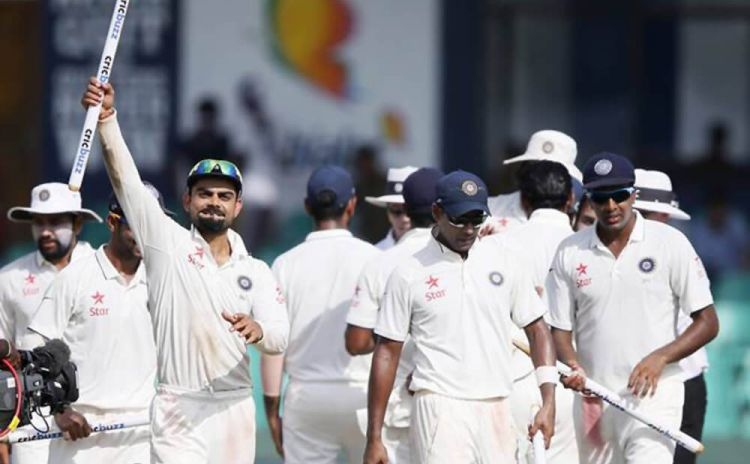 India sealed a rather comfortable win in Mohali and achieved the 103-run target England had set them after being bowled out for 238 in their second innings. Parthiv Patel played an entertaining knock and remained unbeaten on 67 to cap off a resounding win for India and give his side an unassailable 2-0 series lead.

India sealed a rather comfortable win in Mohali and achieved the 103-run target England had set them after being bowled out for 238 in their second innings. Parthiv Patel played an entertaining knock and remained unbeaten on 67 to cap off a resounding win for India and give his side an unassailable 2-0 series lead.

Victory was achieved with 8 wickets and it stretches India's unbeaten streak in Tests to 17 at home - their second-highest. India needed to knock off a rather easy target. Only two sides in Test history - Australia v England in Aug 1882 & West Indies v Zimbabwe in March 2000 - had successfully defended a target less than 103 runs.

England could not add themselves to the list. India lost the early wicket of Murali Vijay and then of Cheteshwar Pujara 25 away, but Patel and Virat Kohli knocked off the remaining runs. Parthiv followed his plucky 42 from the first innings with his 5th half-century in Tests and made a serious case in point to be considered for the next Test.

"It was a good toss to win," says Alastair Cook. "But if you get bowled out for 280 you won't win games. You need to get 400 on this pitch at least. We knew from the last time we beat them after getting them out for 300. Stokes is a brilliant player. He gives balance to the team. He is only going to get better and better. Haseeb showing character was a positive. It has been a frustrating four days. Credit to India, they outplayed us. Unfortunately, Haseeb has to go home. Showed a lot of character to come out and bat."

"None of the pitches have been turners," says Virat Kohli. "We have just played very good cricket. We are getting more and more confident. We lost the toss, bowled them out for 280. It was amazing to see the lower order contribute. I was surprised to hear the cheer when they won the toss. You still have to go out and win the game. We got motivated by that actually. The lower-order contribution is a proud achievement. That pushes the opposition back. Ashwin is a champion, No. 1 allrounder, Jadeja is in the top 10, and for Jayant to show the maturity in his first Tests. He asked me for the fields he wanted. He took their spinners on. For our quicks to hurry their batsmen is great too. Shami feels the injury was a blessing in disguise. He has become more hard-working. He has come back fitter and stronger. Very happy with the way the guys have stood up. Felt bad for Karun the debutant but he is a good batsman. I am sure he is looking forward to his next Test."

"Obviously very happy with my performance," says Ravindra Jadeja, Man of the Match. "Especially with the bat. I knew the ball was not turning. I took my time. I knew if I play 40-50 balls, I could play a big innings. I knew I could easily score runs later on. I was just thinking I was not taking a chance against the off spinner. I took the risk against the leg spinner. Unfortunately, the ball came off slowly, and I couldn't connect it. The next time I reach 90 I will be careful. The pitch wasn't turning pitch so I had to bowl tight. Myself and Virat discussed that I should bowl five maidens in a row. Fortunately, I got Stokes in the first innings and Root in the second."