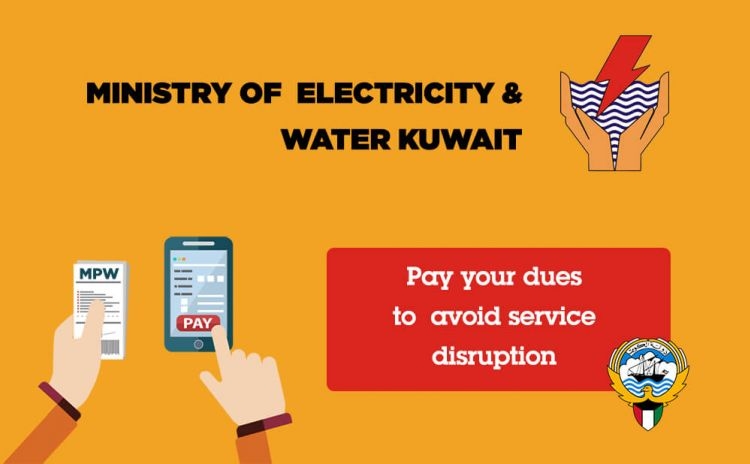 Undersecretary of Ministry of Electricity and Water Eng. Mohammad Boushahri affirmed that the ministry will implement an electronic interface that will link it with other government bodies so that no transaction will go through for any consumer until the dues that he or she owes the ministry for its services are collected, reports Al-Rai daily.

In his statement, Boushahri indicated the ministry’s readiness to collect the dues owed by its consumers without piling up bills because of the contract the ministry has signed for the reading of meters. He stressed that this will enable the consumer sector to collect its dues from the consumers without delay to avoid the accumulation of bills. He revealed that any delay from the consumer’s side in settling the bills will result in cutting off of water supply, and the consumer will have to bear the cost of restoration of the service after his bills are cleared.

Eng Boushahri explained that the meetings with the public utility establishments, which were based on directives of the minister Essam Al-Marzouq, were fruitful. The ministry sensed a general satisfaction from all the bodies regarding the increase of consumer tariffs, especially since it will be done in accordance with the economic balance.

This means the agreed increment in charges will be implemented gradually in the Kuwaiti market on commercial and investment buildings. He stressed that the ministry’s approach on this issue is to rationalize consumption, which the minister had declared more than once from the time he assumed his position.

Eng Boushahri assured people that the ministry is ready to deal with the summertime challenges, saying he is expecting the maximum electricity load of this summer season to be 14,000 Megawatts, and the maximum rate of water consumption to be 490 imperial gallons. He indicated that these rates are less than the strategic production of these two commodities, affirming that the public is satisfied with the new tariffs that were introduced recently.