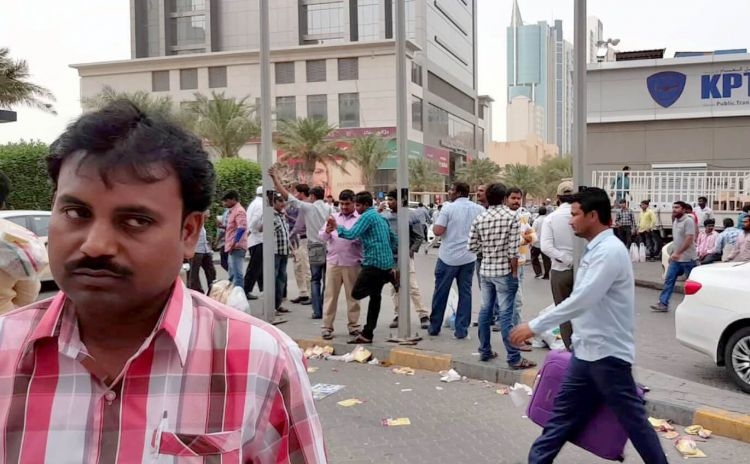 In a statement, Al-Moussa said the issue of bachelors has lingered without any solution by concerned authorities, even as the phenomenon poses serious social and security threat. He noted the problem was only limited to South Khaitan and Jleeb Al Shuyoukh areas before but it spread to the majority of private residential areas in Mahboula, Sabah Al-Ahmad, Rabiya, and Omariya, indicating it continues to spread all over Kuwait without exception. Al-Moussa stressed that Law No. 125 /1992 bans people without families from residing in family residential areas, and despite the formation of a committee to combat the phenomenon of bachelors in residential areas, the issue prevails through lack of seriousness in dealing with it.

Income
To contribute to alleviating the problem, Al-Moussa said the Municipal Council allowed some laborers to live in the factories. He lamented some citizens buying houses in the private residential areas later rent them to bachelors in order to amass income and “the matter should not be ignored”.

He expressed disappointment on the delay in completing the labor city projects the government approved years ago, wondering why the projects have not seen the light until now. He urged those behind the slackness in executing projects should be held accountable. He also called on the government to pay attention to the file to accelerate the establishment of labor cities.

Kuwait Municipality highlighted the fire incidents that occur at such exhibitions which pose a serious threat to the safety of customers, stressing that the violators will face heavy sanctions. Meanwhile, Director of Capital Municipality Eng Ammar Al- Ammar revealed that the Capital Municipality’s Emergency team and the Department of Public Hygiene and Cleanliness closed down an exhibition that was held at a shopping mall in Kuwait because it did not abide by the safety conditions and exposed the lives of customers to danger. He said the electricity supply to the exhibition was cut off and a generator, which was in bad condition and could have caused a major disaster, was removed from the site.