Ban on expats entry into the airport for bidding farewell 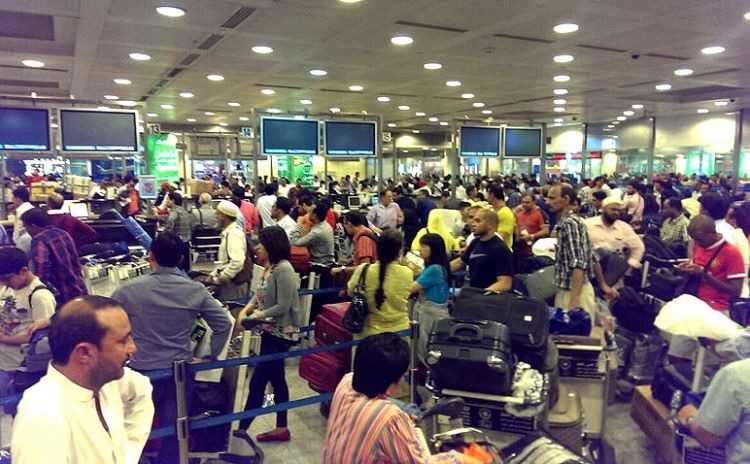 Airport Security Department of Kuwait International Airport headed by its new director Brigadier Waleed Al-Saleh has decided to ban expatriates entry into the airport for bidding farewell to their traveling relatives and friends.

Seeing off their loved ones is now restricted to the main gate only, reports Al- Shahed daily quotinginformed sources.

They explained that Brigadier Al-Saleh has given orders to implement several security measures at theentrance gates on the first floor due to a number of reasons mainly the congestion usually seen atdeparture area everyday.

The reason behind the congestion is expatriates, as about ten people come to see off a single person orfamily. There are also communities who come with another agenda other than seeing off travelers. Theycome looking for compatriots who are traveling to their countries in order to give them bags to hand overto people who wait at the airports in those countries. This creates congestion at the check-in zones. For this reason, expatriates have been banned from entering departure area except when they are traveling.