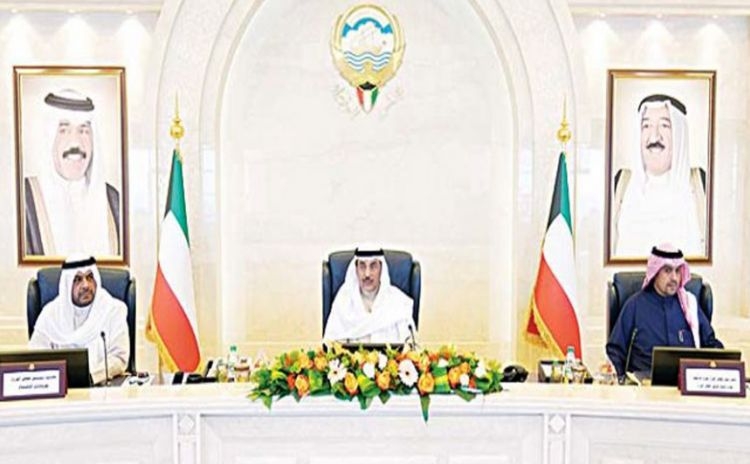 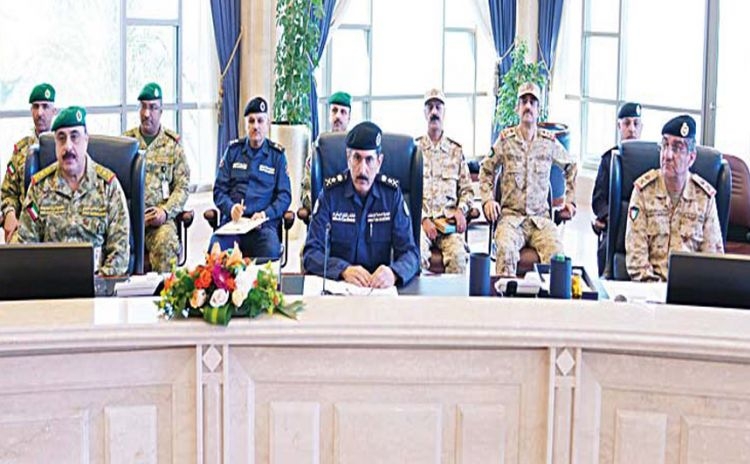 Preparedness urged to face possible challenges. The Council of Ministers has urged government departments to maintain alert, caution and serious preparedness to face all possible challenges, and sustain the tempo of cooperation and coordination among themselves to uphold Kuwait’s security and stability, reports Al-Seyassah daily. They were also instructed to provide security, tranquility and all basic needs and requirements of citizens and expatriates.

The Cabinet held its weekly meeting, presided over by His Highness the Prime Minister Sheikh Sabah Al-Khaled Al-Sabah, on Monday, Jan 6 at Al-Seif Palace. The Deputy Prime Minister, Minister of Interior and Minister of State for Cabinet Affairs Anas Al-Saleh briefed the press.

He explained that the meeting started deliberations with detailed information about the Deputy Prime Minister and Minister of Defense Sheikh Ahmad Mansour Al-Ahmad Al-Sabah’s recent visit to Saudi Arabia during which he inspected Kuwaiti forces participating in the Operation “Restoration of Hope”.

The Cabinet later followed up the disturbing developments in the region in terms of escalations and its repercussions on the regional security and stability. Complementing another meeting held a couple of days ago involving His Highness the Prime Minister and the concerned ministers regarding the prevailing situation in the region and the preparations of the government in that regard, the Cabinet listened to a brief from the Minister of Defense Sheikh Ahmad Mansour Al-Sabah, followed by another presentation by the Minister of Interior Anas Al-Saleh, in addition to the security chiefs.

They all elaborated on the preparations of the concerned government agencies and the precautionary steps to deal with emergencies. The Cabinet commended the efforts of the concerned government agencies, urging them to continue with their efforts in protecting the country’s sovereignty, security and stability. It advised citizens to uphold national unity and provide necessary support to the agencies to consolidate the security and stability, and maintain their safety and interests.

The Cabinet also urged the international community to be committed to the historical responsibilities by maintaining security and stability of this vital region. It called on all concerned parties to seek restraint in ensuring the disturbing situation being witnessed in the region is overcome.

Cooperation
It demanded cooperation and coordination among all government agencies to preserve the security and stability and guarantee the availability of all basic needs of citizens and residents. The Cabinet advised citizens to embody national unity and offer the required assistance to government agencies to establish security and stability in the country and to retain their safety and interests.

Meanwhile, the Kuwaiti government called on the international community to assume its responsibility towards maintaining the security and stability of this vital region.

Meanwhile, the Cabinet listened to a detailed explanation provided by the Minister of Finance and acting Minister of State for Economic Affairs Maryam Al-Aqeel and some officials of Ministry of Finance and Kuwait Investment Authority (KIA).

They presented the general features of the draft budget of ministries and government departments for the 2020/2021 fiscal year, and clarified the revenue and expense estimates as well as the steps and actions taken to control expenditures, and ways to maximize revenues.

The Cabinet expressed appreciation for the good efforts exerted by Ministry of Finance in preparing the draft budget. It also expressed hope that the desired goals would be achieved. The Cabinet decided to refer the draft budget to the Economic Affairs Committee to study the project and provide recommendations and proposals to rationalize spending and diversify sources of income.

After reviewing the recommendations in the minutes of the meeting of the Legal Affairs Committee regarding two draft laws approving an agreement related to the Neutral Zone Partition Agreement and the Submarine Zone Division Agreement concerning the joint zone between the State of Kuwait and the Kingdom of Saudi Arabia, as well as a draft law approving a memorandum of understanding between the governments of Kuwait and Saudi Arabia, the Cabinet decided to approve the two draft laws and submit them to His Highness the Prime Minister, in preparation for their referral to the National Assembly.

The Cabinet then listened to an explanation provided by the Minister of Oil and Minister of Electricity and Water Dr Khaled Al-Fadhel about the recent visit of State Minister for Energy Affairs in Qatar, and Managing Director and CEO of Qatar Petroleum Eng Saad bin Sheridah Al-Kaabi to Kuwait.

During the visit, an agreement was signed between Kuwait and Qatar for the purchase of up to three million tons of LNG annually over a period of 15 years, in order to meet the growing demand for energy in the country, especially in the power generation sector and other energy fields. It also discussed the affairs of the National Assembly and reviewed the questions and suggestions presented by some MPs.

It also discussed the political affairs in the light of reports on the current developments in the political arena at the Arab and international levels. Also, the Cabinet condemned the terrorist attack on a bus in northwestern Burkina Faso, which resulted in a number of deaths and injuries. It affirmed the stance of the State of Kuwait in rejecting all acts of violence and terrorism, irrespective of their motives and objectives. In addition, the Cabinet expressed sympathy for the catastrophic outbreak of wildfires in the State of Victoria in Australia.