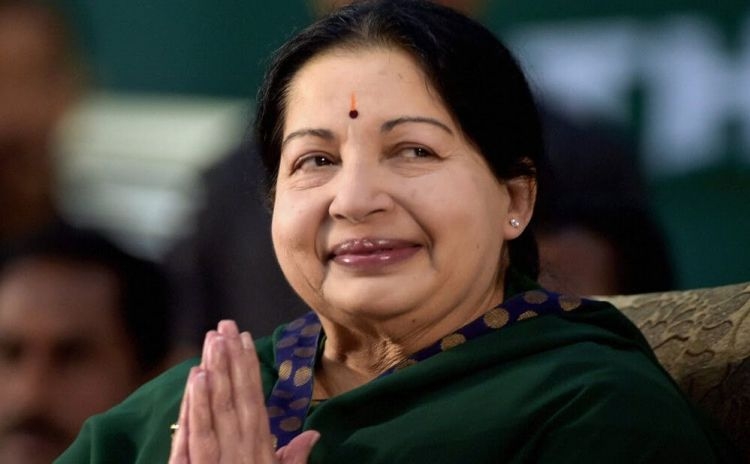 Jayalalithaa Jayaram, the chief minister of south India’s Tamil Nadu state and one of the country’s most popular political leaders, died after a prolonged illness, hospital authorities announced late yesterday night. “It is with indescribable grief, we announce the sad demise of our esteemed honorable chief minister of Tamil Nadu … at 11:30pm (local time) today (December 5),” Chennai’s Apollo Hospital said in a statement released to the media.

Chennai, TamilNadu, India: Doctors had been treating the 68-year-old former film star, who enjoys an almost godlike status in Tamil Nadu. Hundreds of devotees have kept a round-the-clock vigil outside the private hospital in the state capital Chennai since she was first admitted in September suffering from a fever. Their numbers swelled since her condition worsened on Sunday. “Nothing can kill Amma,” said one man holding a picture of the leader outside the hospital. To millions of her followers, the chief minister was known simply as “Amma” (mother).

Prime Minister Narendra Modi offered his condolences over her demise. “I will always cherish the innumerable occasions when I had the opportunity to interact with Jayalalithaa ji (honorific). May her soul rest in peace,” Modi said on Twitter. Her political party, AIADMK, on Twitter said: “our beloved leader, the Iron lady of India…Amma, is no more.”

Jayalalithaa was introduced to politics by her cinema screen partner, M G Ramachandran, another actor-turned politician, and went on to serve as chief minister of Tamil Nadu five times. Jayalalithaa remained hugely popular despite being jailed more than once for corruption. The reclusive leader ran her party with an iron hand with no clear line of succession to govern a state that is home to major auto and IT outsourcing firms.

During her latest illness, her picture was put in a chair at the head of the table at state cabinet meetings. Her ministers have on occasions been seen to prostrate themselves at her feet. O P Panneerselvam, a cabinet colleague, has stood in for Jayalalithaa in the past, but he has repeatedly made it clear he is not replacing her and pointedly refused to sit in her chair at cabinet meetings. “There is no second line of defense here, and these are emotive times. There is a chance of violence,” said T R Ramachandran, an independent expert on Tamil Nadu politics.

The Press Trust of India said police across the state had been put on high alert to maintain law and order, with 2,000 officers stationed at the hospital alone in case emotional crowds of devoted supporters reacted strongly to further developments. Supporters have been known to commit suicide in reaction to bad news. Media reports said some Chennai schools would remain closed, while the US consulate in the city said it had suspended services and warned Americans to exercise caution. Several of her supporters resorted to self-harm when she was briefly jailed in 2014 on charges of corruption.

Jayalalithaa earned the loyalty of many voters in Tamil Nadu with a series of highly populist schemes, including an “Amma canteen” that provides lunch for just three rupees (five cents). In 2014 she was briefly forced to step down as chief minister after she was jailed on corruption charges. Her conviction, later overturned on appeal, sparked mass protests and even some reported suicides. Thousands of directors, actors and producers in the successful Tamil language film industry went on hunger strike to demand her release.

The AIADMK and its bitter rival, the DMK, are the main parties in Tamil Nadu, and both are built around a personality cult of their leaders who are drawn from the Tamil film industry. India’s two national parties, the ruling Bharatiya Janata Party and the opposition Congress have little political presence in the state, despite decades of efforts. The death of Ramachandran, or MGR as Jayalalithaa’s mentor was known, sparked looting and rioting across Tamil Nadu by his grief-stricken supporters in 1987.