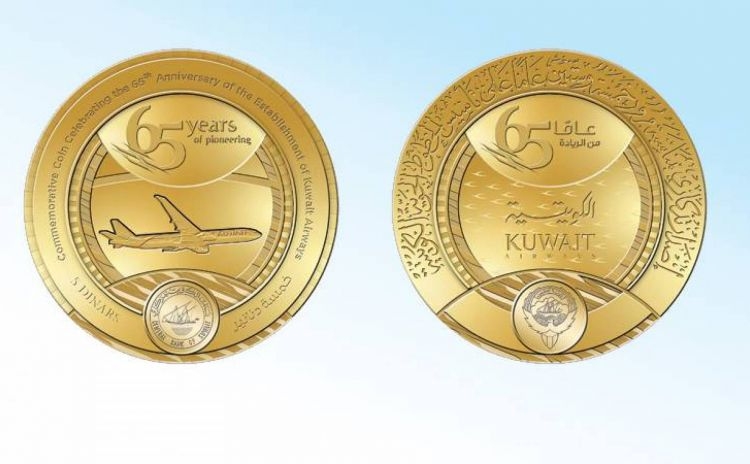 The national carrier, Kuwait Airways, has turned 65, having been established in 1954. The Central Bank of Kuwait (CBK) celebrated the occasion by issuing a commemorative gold medal.

The head of the medal, which has a diameter of 38.61 millimetres bears the logos of the anniversary in Arabic, the airline and the state of Kuwait.

The tail of the commemorative medal features the logo of the Central Bank of Kuwait, the anniversary in English and the photo of a Kuwait Airways plane, according to Al Qabas.