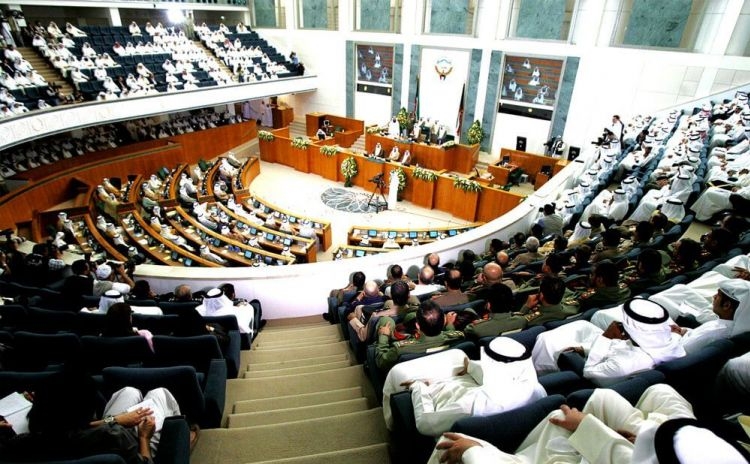 KUWAIT CITY, May 3: The Constitutional Court rejected Wednesday the petition to annul the Parliament so it affirmed continuation of the current legislative term while it rejected 47 appeals against results of the last elections.

Cancelled
The court also cancelled the membership of Marzouq Al- Khalifa and declared Faraj Al- Arbeed as the winner; indicating Al-Khalifa landed on the 11th position while Al-Arbeed got more votes which became clear after recollate the votes.

Despite the cancellation of Al-Khalifa’s parliamentary membership and announcement of Faraj Al-Arbeed’s winning a legislative seat in the Fourth Constituency, the interpellation motion against HH the Prime Minister Sheikh Jaber Al-Mubarak remains constitutionally established as there are two other presenters – MPs Waleed Al-Tabtabaei and Mohammed Al-Mutair. Al-Arbeed will take the oath in Tuesday’s session for him to officially carry out his tasks as member of the Parliament.

The Parliament is also expected to elect replacements for Al-Khalifa in as member of the Finance and Handicapped Affairs committees. Al-Arbeed will most likely be nominated for membership of these two committees if no other MP will contest the committee membership elections.

Meanwhile, the Constitutional Court explained that the candidacy of Bader Al-Dahuum is an administrative dispute and the Court of Cassation had already ruled him out which is not the prerogative of the Constitutional Court. In its ruling on electoral appeals, the Constitutional Court stressed the appointment of deputy prosecutors to preside over the election supervisory committees was a step in the right direction. In another development, HH the Prime Minister Sheikh Jaber Al-Mubarak has asked National Assembly Speaker Marzouq Al-Ghanim to clarify points of the interpellation motion that MPs Riyadh Al-Adsani and Shuaib Al-Muwaizri filed against him.

In his request, the prime minister said the interpellation motion does not mention any incident or subject which is considered a violation. He argued the interpellation motion contravenes rules of the National Assembly so it should not be tabled for discussion. He added the Speaker must ask the lawmakers who submitted the interpellation to provide him with evidence and to clarify the charges. Commenting on the request of the premier, Al-Adsani asserted, “We explained everything to the prime minister and the government, yet here he is demanding for clarification.”

On another issue, Al-Adsani disclosed some governmental bodies have financial reserves valued at KD 20 billion, indicating the government is gearing towards the issuance of bonds worth $8 billion while the State’s sovereign fund is about $600 billion. He lamented no government authority is complying with budget rules. He wondered how a garden project, supervised by the agricultural authority and whose budget has not been approved by the Parliament, will generate revenues considering the current deficit.