Delhi records coldest December day in over a century 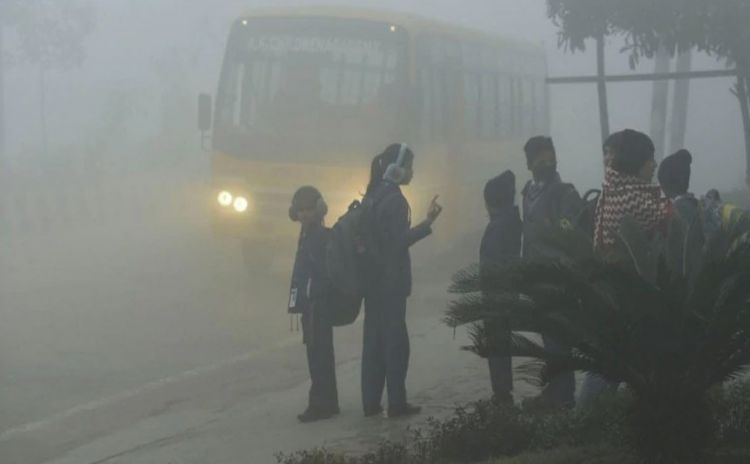 The temperature recorded by the Safdurjung laboratory at 2:30 pm was 9.4 degrees Celsius.

The capital of India, New Delhi is shivering under an intense spell of cold wave for two weeks, has experienced its coldest day ever in the month of December on Monday, with the maximum temperature being recorded at just 9.4 degrees Celsius, the IMD announced.

Kuldeep Srivastava, head of the regional weather forecasting centre, said the day temperature was almost half of what is considered normal for this day of the year.

"Today was the coldest day recorded for the month of December," Srivastava said.

The India Meteorological Department has records of temperatures since 1901.

The national capital has been witnessing its most unforgiving winter season in the past 22 years, as the minimum temperature has remained around 3 degrees Celsius for a few days. It has been experiencing "severe cold days" since December 14, according to IMD.

On Monday, a thick blanket of fog engulfed Delhi and the minimum temperature settled at 2.6 degrees Celsius at Safdarjung observatory.

The visibility recorded by Safdarjung and Palam observatories stood at zero metres at 8.30 am.

Haryana and Punjab remained under the grip of severe cold wave with temperatures hovering well below normal limits on Monday.

Fog also continued to engulf most places in Haryana and Punjab, reducing visibility levels in the morning.

Faridkot in Punjab was the coldest place in the state, recording a minimum temperature of 0.7 degrees Celsius, six notches below normal limits.

Among other places in Punjab, freezing cold swept Amritsar, which recorded a low of 1.2 deg C, Ludhiana, Patiala and Gurdaspur recorded near similar below normal minimums at 4.6, 4.5 and 4.2 degrees Celsius.

Halwara braved the chill at a low of 1.5 deg C. Bathinda experienced a cold night at 3.8 deg C while Pathankot's minimum settled at 3.4 deg C, a Meteorological Department official said.

Chandigarh, the common capital of the two states, was also under the grip of biting chill. The minimum settled at 3.5 deg C.

In Haryana, Rohtak was the coldest place recording a low of 1.2 deg C.

The maximum temperatures in the two states including Chandigarh have for the last over a week hovered several notches below normal and settling in the range of 8-12 degrees Celsius.