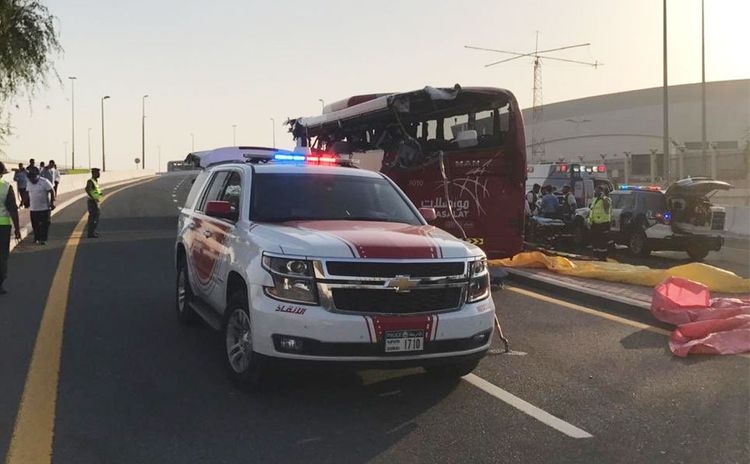 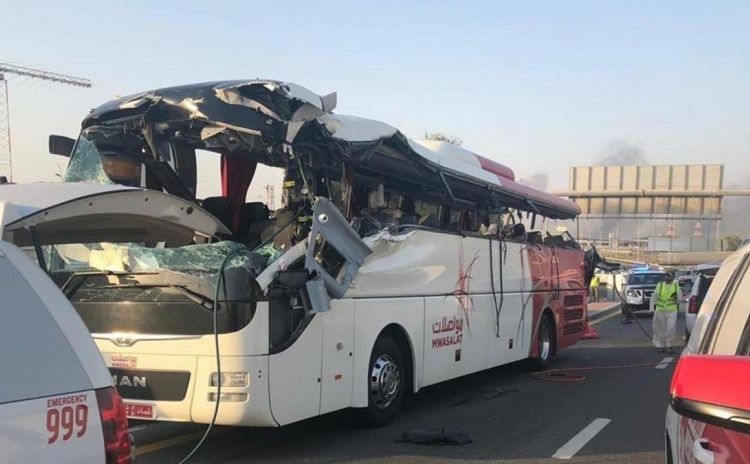 A bus from Oman carrying foreigners from Europe and Asia smashed into a warning sign coming off a major highway in Dubai, killing 17 people, including at least 12 Indians, authorities said Friday.

The number of Indians killed in the crash Thursday night in the United Arab Emirates could increase further, Indian consular officials said.

The bus drove straight into a low-clearance sign in Dubai’s Rashidiya neighborhood around 6 p.m. The sign, which hangs over a car-only off-ramp of the Sheikh Mohammed bin Zayed Road, a major highway in Dubai, smashed through the driver’s side of the bus.

Mwasalat, a government-owned bus company in Oman, said the crash involved a bus on its Muscat-to-Dubai route. It separately identified the dead Friday night as 11 Indians, two Pakistanis, one Irish citizen, and an Omani, with two others not immediately identified.

Pakistani consular officials in Dubai declined to immediately comment. The Irish Embassy in Abu Dhabi said it was aware of reports of the death and providing consular assistance.

Among the 31 people on board were also citizens of Bangladesh, Germany, and the Philippines, the bus company said in a statement. It added that seven passengers remained hospitalized, with one in critical condition. Eight others had been discharged.

Mwasalat said it would suspend its service to Dubai for the immediate future. It added it was cooperating with investigators in Dubai looking into what caused the crash.

Dubai police said the dead included different nationalities, without elaborating. At least three others were injured in the crash.

“Sometimes a minor error or negligence during driving leads to serious consequences,” police said on Twitter, without elaborating on the cause of the crash.