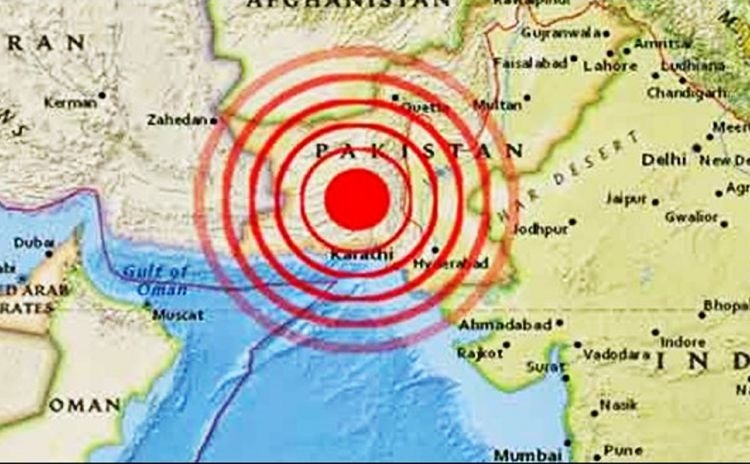 A 6.4 magnitude earthquake with its epicenter along Afghanistan-Tajikistan border region jolted parts of northern Afghanistan and Pakistan on Wednesday, said officials.

According to US Geological Survey, the magnitude of the earthquake was recorded 6.2 at a depth of 111 kilometers with its epicenter near Afghanistan's border with Tajikistan in the Hindu Kush Mountains.

A spokesman for Afghanistan's disaster management authority, Omer Mohammadi said that two small children were injured when their home collapsed due to strong tremors.

The tremors came hours after a 5.5-magnitude earthquake jolted parts of Khyber Pakhtunkhwa.

Pakistan Metrological Department confirmed first quake's epicenter to be Bannu district of Pakistan at a depth of 12 kilometers while tremors were felt across Peshawar, Bannu and Dir and some parts of eastern Punjab province.

No loss of life has been reported yet but at least nine children were injured in Bannu's government school as the panic-stricken children tried to rush out of the building.

The injured were moved to the nearest government hospital. Both quakes were felt in several northern and northwestern cities in Pakistan, with residents coming out of their houses and buildings in fear.