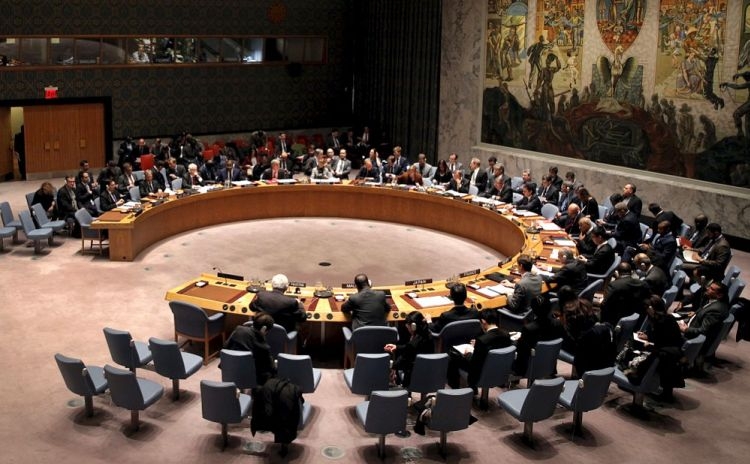 CAIRO, Dec 18 (KUNA) -- Egypt has expressed regret over the UN Security Council's failure to pass its draft resolution about the US recent decision to recognize Jerusalem as the capital of Israel.

"It is very worrying that the Security Council is incapable of issuing a resolution that goes in line with its previous resolutions and positions regarding the legal status of Jerusalem as an occupied city that is a final status issue" in Israeli-Palestinian peace talks, the Egyptian Foreign Ministry said in a statement Monday.

Egypt, on behalf of Arab countries, put forward the draft resolution condemning US President Donald Trump's decision to the UNSC for voting today.

The resolution was vetoed by the US after gaining support from all 14 other members of the Security Council, including Britain, France, Russia, China, Italy, and Japan.

"This important draft resolution was presented in response to the international community's clear rejection of the US recognition of Jerusalem as the capital of Israel," the statement reads.

The ministry noted that the overwhelming support for the resolution showed the international community's rejection of any attempt to change the status of Jerusalem.

The Arab delegates to the UN will meet soon to evaluate the situation and determine further steps to defend the status of Jerusalem, it stated.

Earlier, Egypt's Permanent Representative to the UN Amr Abual Atta said that any attempt to change the status of Jerusalem is deemed a unilateral violation of international law.

"Any decisions and actions which purport to have altered, the character, status or demographic composition of the Holy City of Jerusalem have no legal effect, are null and void and must be rescinded in compliance with relevant resolutions of the Security Council," he said.

He urged all world countries to refrain from transferring or opening diplomatic missions in Jerusalem.

He stressed the Jerusalem issue must be settled through direct negotiations between Palestinians and Israelis.

The status of Jerusalem goes to the heart of the Palestinian-Israeli conflict.

Israel occupied the city in the 1967 war and an annexed it in a move never recognized by the international community. Israel regards the entire city as its indivisible capital while Palestinians consider the occupied East Jerusalem as the capital of their future state.

In a unilateral and unprecedented move on December 6th, US President Donald Trump announced the US recognition of the whole city as the capital of Israeli and plans to move the US embassy to Jerusalem.