EPA: Severe salinity leads to only a certain group of “Chem” fish to die - PAAFR 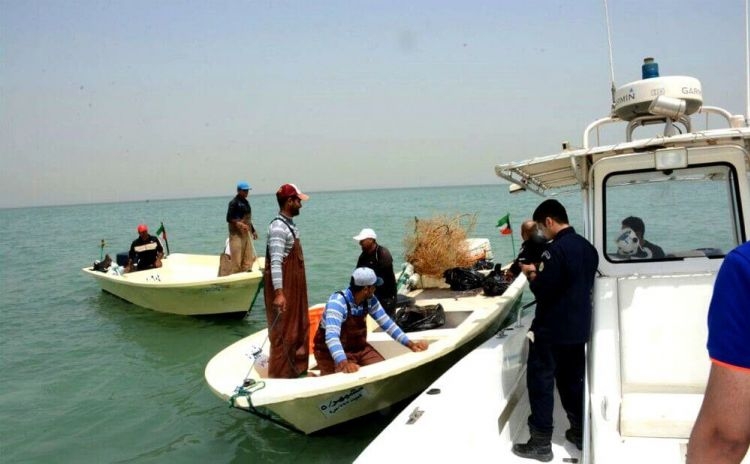 KUWAIT, May 3 (KUNA) -- The Public Authority for Agriculture and Fish Resources said on Wednesday that "only a group of the [chem] fish have recently perished" in the territorial sea waters. The Environment Public Authority (EPA) has announced that it observed a severe drop in salinity of the Kuwait Bay waters through plants near Shuwaikh and Doha ports.

This led to demise of fish and marine life, EPA said Wednesday.

In a press statement, EPA's deputy director for technical affairs Mohammad Al-Enezi, said data has showed a sharp drop in salinity in the Bay, adding that it was an indication of heavy water drainage in that area.

He noted that research was underway to make sure of the source of water.

He stressed that the authority is currently following up these changes to maintain safety of marine life.

The authority advised bodies responsible for these areas to abide by the new environment protection law, confirming its determination to hold perpetrators of these violations accountable.

All fish in the local markets are "safe" and only a group of "chem" fish have recently perished, said PAAFR General Director Faisal Al-Hasawi, in a statement to KUNA.

PAAFR has formed a panel to determine cause of the fish deaths at sea, he said A team of the authorities has surveyed the bay to examine these cases, he said, indicating that it was the first time that deep-sea fish perished.

He was alluding to "chem," as the Kuwaiti natives call it. Kuwaitis do not commonly eat the fish, known as catfish abroad.

PAAFR, with an experience of examining the fish perish phenomena in 2001 and 2003, has set up an operation room and central laboratories to examine samples of the dead fish.

Yousuf Al-Najm, PAAFR's Deputy General Director for Fish Resources' Affairs, said PAAR has patrolled the waters round the clock to keep close follow-up on the phenomenon.

Up to 99 percent of the perished fish are "chems," he said affirming that "this phenomenon is receding."

The dead ones are being cleaned up so that other fish would not feed on them and cause expansion of the phenomenon.