EU to launch process to protect European interests in Iran 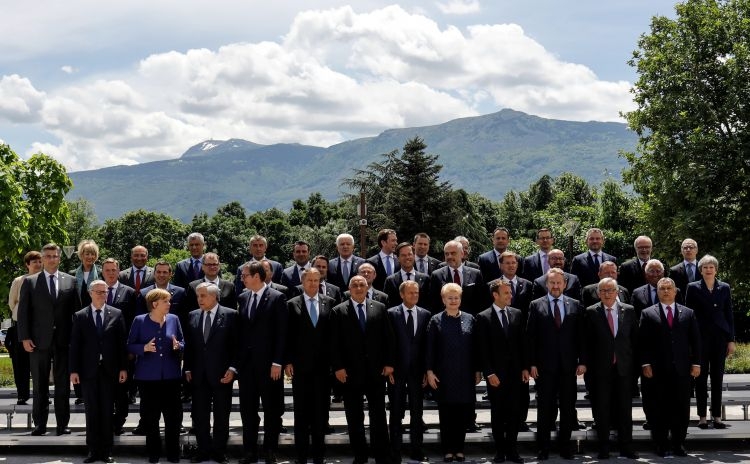 The European Union (EU) announced Thursday that it would initiate on Friday the "blocking-statute process" to protect interests of European companies in Iran from US extra-territorial sanctions.

Speaking at a news conference in Sofia, Bulgaria, after an EU-Western Balkans summit, European Commission President Jean-Claude Juncker said the proposals on Iran that he put to the EU leaders over a dinner meeting last night were supported in full.

He said that the EU was the core architect of the Iran nuclear deal but added that the effects from the US sanctions "will be felt."

"It is the duty therefore of the EU to protect European businesses and that applies in particular to small and medium-size enterprises," said the head of the EU's executive body.

"We now need to act. This is why we are initiating the process for recourse to blocking-status regulation from 1976," he said.

Juncker explained that this has to do with extraterritorial sanctions when they affect the EU. "We will be doing that tomorrow morning," he said and declared that EU leaders also decided to allow the European Investment Bank to facilitate investments for European enterprises in Iran.

The Commission will continue cooperation with Iran, he stressed and announced that the EU energy Commissioner Miguel Canete will be travelling to Tehran in the next couple of days to continue deliberations with the leaders there.

He explained that the EU applied the "blocking-statue" in 1996, with respect of the US sanctions on Cuba. "We will do exactly the same. We have to protect our companies mainly SMEs in Iran," he said.
"We have to avoid the non-territorial impact that the American measures can entail," he added.

On his part, President of the European Council Donald Tusk told the joint news conference that the 28 EU leaders discussed the Iran nuclear deal over dinner last night.

"We agreed unanimously that the EU will stay in the agreement as long as Iran remains fully committed to it," he stressed. However, European companies have already started withdrawing from Iran after the US decided last week to abandon the Iran nuclear deal.

French energy giant Total said on Wednesday it will quit a USD two billion natural gas project in Iran if it could not secure a waiver from US sanctions. On Monday, Danish shipping operator Maersk Tankers said it will wind down business in Iran by November. German insurer Allianz said on Tuesday it was also prepared to curtail Iran-related business to avoid US sanctions.

Meanwhile, on EU-US trade ties, Tusk said "here we have also reached a united approach" that the "EU is ready to talk about trade liberalisation with our American friends but only if the US decides an unlimited exemption from steel and aluminium tariffs."

The EU-Western Balkans summit Thursday ended by adopting the Sofia Declaration that reaffirms the EU's unequivocal support for the European perspective of the Western Balkans. "The EU and the Western Balkans partners acknowledge that results in fighting corruption and organised crime are essential for the region's political and socio-economic transformation and also for regional stability and security," said the declaration. It also calls for increased cooperation in countering terrorism and extremism, including financing, radicalisation and the return of foreign terrorist fighters.

It says that the EU wants to expand EU Energy Union to the Western Balkans, focusing on energy security and diversification of sources and suppliers, including a strategy at regional level to benefit from renewable.

Juncker said in press statement that "This summit has allowed us to forge even closer links with our friends from the Western Balkans who, step by step, each day come a little bit closer to the European Union." The one-day summit brought together heads of state or government of 28 EU member states with the Western Balkans partners: Albania, Bosnia and Herzegovina, Serbia, Montenegro, Macedonia and Kosovo.

The meeting was hosted by Boyko Borissov, Prime Minister of Bulgaria, which currently holds the EU Presidency.