Expat fishermen consider leaving Kuwait after getting evicted from their homes 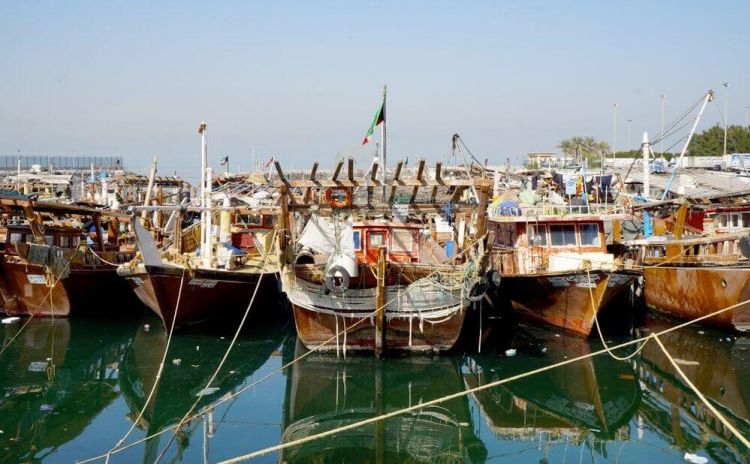 April 1: In a shocking move, thousands of fishermen yesterday were evicted from their living quarters in Sharq after the rents for the month of April were paid. The authority behind the eviction order gave the excuse that it wants to remove the quarters.

Fishermen decried the move, saying they have no idea where they will go with all the heavy sea equipment. “Should we leave the country for good”, they bemoaned.

A licensed Kuwaiti fisherman and the sponsor of some of these fishermen revealed that he had just paid the April rent for his employees and was shocked by the eviction move. He said he wonders what he and others are going to do with the licenses of the fishing boats and where they can accommodate their employees if their housing accommodation in Sharq is demolished. He remarked, “I am afraid this is the end of the fishing profession in Kuwait”.

Meanwhile, Chairman of Kuwait Fishermen Union Thaher Al-Suwaiyan revealed about some people who are trying to kill the profession through such moves of harassment and oppression against fishermen for years. He stressed, “Despite all these problems and obstacles we have encountered, we will continue fighting for the justice of fishermen. Most of the problems we are facing are caused by the demolition of the fishermen village back in 2000. The authorities did not provide an alternative accommodation for 17 years”.

Al-Suwaiyan warned that the harassment of fishermen will result in expatriate fishermen opting for neighboring countries that care, support and appreciate this profession. He lamented that the government has not been negligent to their cause but some of its authorities are keen on throwing spans on their necessary requirements.

Al-Suwaiyan urged Minister of Social of Affairs and Labor Hind Al-Sabeeh to intervene and insist the concerned authorities expedite the establishment of fishermen village to preserve the fishing profession from extinction. He said the profession is considered as “heritage and has a big place in the Kuwaiti history”. Al-Suwaiyan apologized to the government and the people of Kuwait that the union, due to this situation, will not be able to fulfill its obligation of upholding food security, as the majority of fishermen who are expatriates will leave the country and fishing activities will come to a halt.