Expats must pay for medicines; Collect 5% from the remittances sent by expatriates 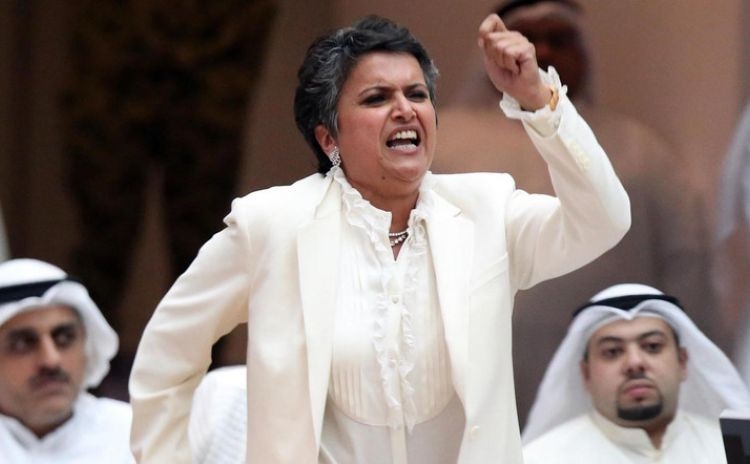 March 9: Al- Seyassah adds, MP Safa Al- Hashim is once again targeting expatriates through two new proposals. Previously, she had urged the concerned authorities to charge expatriates for using roads, water, and electricity. She had also blamed expatriates for the shortage of oxygen in emergency rooms in hospitals.

This time, she has presented two proposals, one of which was previously presented by former MP Kamel Al-Awadh for imposing a tax of 5 percent on the remittances of expatriates. At that time, Al-Awadh’s proposal was rejected by the Parliament. The second proposal of Al- Hashim is completely new and is expected to stir a huge debate among the public.

Proposal
As per this new proposal, expatriates should not be given medicines in the governmental hospitals and clinics. Medicines should be given to them only after they pay the charges which will be determined after their medical tests and diagnoses.

At the same time, MP Al- Hashim submitted a proposal for annexing an additional clause to Law No. 32/1968, which is concerning money, Central Bank of Kuwait and financial profession.

This additional clause stipulates that the Central Bank of Kuwait should take necessary measures to ensure all local banks, foreign bank branches, and exchange companies adhere to collecting five percent from the remittances sent by expatriates, and the collected amount is transferred to the State Treasury.

The additional clause also suggests penalizing expatriates who violate the law, by fining them double the amount of the remittances that were not taxed.

In her explanatory document, MP Al-Hashim insisted that these measures are not aimed to restrain the expatriates’ finances but for regulating the financial transfers of expatriates in a manner that preserves the national income and does not affect the Kuwaiti currency.

She explained that majority of the expatriates working in both public and private sectors send most of their income to their countries.

As was reported recently by many newspapers, these transfers reached more than $21 billion annually in the last five years, which is equivalent to KD 4.5 billion.

The country must get a small share of these transfers as its right for the services it offers expatriates such as subsidized fuel, water, and electricity as well as health and educational services. A five-percent tax on their remittances will be a very small portion compared to what expatriates receive through the services offered to them.

Meanwhile, MP Khaleel Al-Saleh insisted that no one will accept any move to restrain expatriates who are in this country to work and earn their sustenance, stressing that “this is definitely not our objective”.

However, he said the huge sums of money being transferred by expatriates compared to their salaries specified their work permits raises questions and fears over the sources of this money and how expatriates manage to earn more than their salaries.

MP Al-Saleh stressed the need for the government to do something to prevent all this money from leaving Kuwait, probably by imposing a small tax and encouraging local spending.

In addition, MP Abdullah Fuhad affirmed that the transfer of government money outside the country should be monitored, insisting on the need for a law to regulate the activity. He declared support for that proposal but any draft law in that regard should be comprehensive, stressing that he does not want it to appear as though taxes are being imposed on people to cause discomfort for them; rather it will be a kind of symbolic charges that will not threaten people’s stability.

MP Fuhad urged the government to encourage expatriates to bring their families to the country so they can spend their earnings here and for their purchasing power to remain within Kuwait. He suggested linking the population structure with other factors to enhance elimination of marginal workers from whom the country does not benefit and who exhaust its resources through remittances.

MP Fuhad stressed the need for a comprehensive concept based on which the law will grant certain facilities to expatriate families to ease their entry and ensure their money will be circulating within the country. He indicated that the law should not be made to impose fees and taxes but should have necessary measures to improve the country’s economy through the offered facilities. He indicated that this draft law will not solve the problem completely on a long-term basis, especially since everybody is aware of the economic reports which rate Kuwait to have the most expensive standard of living within the Arabian Gulf region.

MP Fuhad stressed that the country does not benefit much from money transfers and that some professionals will feel more comfortable spending inside the country if their families are with them. He urged the government to consider the high cost of living in Kuwait because the national resources should be used for supporting the economy especially since an astronomical rate of remittances is currently being witnessed. MP Fuhad reaffirmed the need for thorough studies of various aspects before embarking on imposing fees and taxes, which can never be a desirable long-term solution.

Meanwhile, MP Askar Al-Anazi has submitted a bill on curbing drug addiction among youths. In his proposal, Al-Anazi called for the formation of a committee comprising of representatives from the Ministry of Education, Kuwait University and civil society institutions dealing with youth issues to study this negative phenomenon, recommend ways to educate young people on the serious effects of drug addiction, present solutions, and coordinate with the concerned authorities in combating this social menace.

He pointed out various nations are suffering due to the spread of drugs despite the implementation of penal codes stipulating tough penalties on those who consume and trade in drugs. He cited as examples of such codes Kuwait’s Combating Drugs Law No. 74/1983 and Decree No. 48/1987 on combating psychotropic substances.

He said the drug problem has become rooted in the depths of the international community, such that it occupies the minds of concerned authorities because of its negative impact on public health, morals, and manpower. He added statistics indicates that drug abuse is prevalent among youths; hence, the need for the concerned institutions such as the ministries of Education, Higher Education, and Interior to address the problem immediately.

On the other hand, the parliamentary Interior and Defense Committee discussed Thursday the proposals to amend the election and DNA laws with Interior Ministry officials who attended the meeting on behalf of Deputy Premier and Interior Minister Sheikh Khalid Al-Jarrah Al-Sabah.

The proposals include amending Law No. 42/2006 to redefine constituencies for electing National Assembly members in order to change the one-man-one-vote and five-constituency systems, in addition to revising some provisions of DNA Law No. 78/2015 or repealing the law.

The committee then agreed to postpone taking a decision on the proposals for further study and listen to the viewpoints of others. It also prepared its own revision of the DNA Law for approval after a final agreement with the government in the presence of the interior minister.