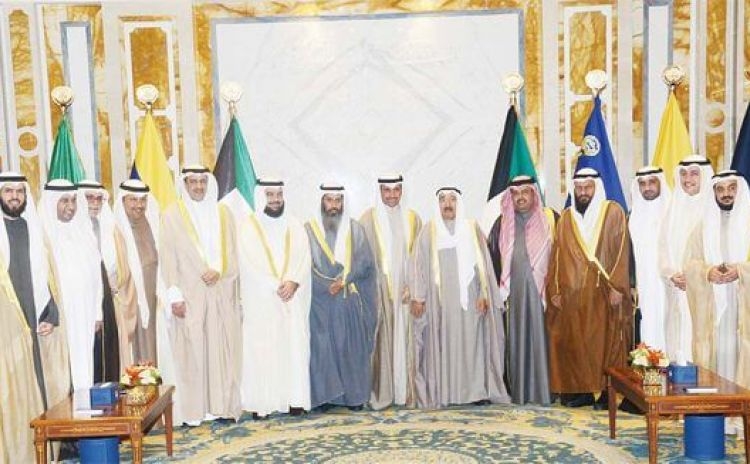 Kuwait will restore the citizenship of opposition figures and dozens of their relatives nearly three years after revoking it in a crackdown on dissent, lawmakers said Monday. “Our thanks to HH the Amir for his generous gesture of restoring the revoked citizenships,” Islamist opposition MP Mohammad Al-Dallal tweeted after a meeting with HH the Amir Sheikh Sabah Al-Ahmad Al-Jaber Al-Sabah. Several of the 14 MPs who attended the meeting confirmed that HH the Amir had ordered the citizenships to be restored.

The Kuwaiti government in mid-2014 stripped at least four opposition figures and dozens of their family members of their nationality as part of a crackdown on dissent. The decision, following large street protests demanding political reforms, was slammed by rights groups. Those affected included Islamist former opposition MP Abdullah Al-Barghash and more than 50 members of his extended family. They also included former spokesman of the opposition Popular Action Movement Saad Al-Ajmi, who was later deported to Saudi Arabia. The owner of the opposition-linked Alam Al-Youm newspaper Ahmad Jaber Al-Shemmari and Islamist preacher Nabil Al-Awadhi also lost their nationality.

Several of those affected sued the government. The move to restore their status comes after a November snap election in which opposition groups participated after a four-year boycott, winning almost half of the 50 seats. Opposition groups and candidates made restoring citizenship rights a key election pledge. Kuwait has a native population of 1.35 million, many of whom became citizens through naturalization. The country also has 3.1 million foreign residents.

His Highness the Amir has proven, as always, that he is indeed the “Amir of humanity,” National Assembly Speaker Marzouq Ali Al-Ghanim said in a statement to journalists at the Parliament headquarters, reiterating “breakthroughs will occur as a result of action by some MPs’ groups in coordination with the chairman of the assembly.”

Speaker Al-Ghanim said that he was hosted earlier Monday by His Highness the Amir, in the company of the majority of the Parliament members, following yesterday’s meeting between His Highness and a group of legislators. “A large number of issues were examined — namely the humanitarian plight of a group of Kuwaitis with respect of the citizenships’ file.”

His Highness the Amir’s response in this regard was positive, Speaker Al-Ghanim indicated, announcing His Highness charged him along with His Highness the Premier with following up on the file and presenting a full draft plan to address the issue. “We have pledged to His Highness the Amir that we will do our best to maintain political stability in Kuwait to face external and regional challenges,” he said, reiterating that only through dialogue positive results can be attained. He assured citizens that the leadership would focus on development in the foreseeable future.

MP Mohamed Hayes stated they can now congratulate those covered by the citizenship reinstatement decision; while MP Mubarak Al-Hajraf asserted HH the Amir showed fatherly kindness and generosity through his directive to reinstate citizenship of those who deserve it including Saad Al-Ajmi. MP Nayef Al-Mirdas pointed out, “Joy pervades every home today. A thousand thanks to HH the Amir for taking this decision.” MP Al-Humaid Al-Subaie praised God for the citizenship reinstatement decision. He also prayed for protection and long life for HH the Amir while expressing appreciation for the efforts exerted by the speaker and premier.  “This is the outcome of the MPs’ work for three months,” he added.

MP Talal Al-Jalal congratulated the families of those whose citizenship will be reinstated. He thanked HH the Amir and praised the efforts exerted by heads of the executive and legislative authorities as well as his colleagues.

Meanwhile, MP Khalil Al-Saleh has forwarded queries to State Minister for Cabinet Affairs Sheikh Mohamed Al-Abdullah Al-Sabah about the high percentage of expatriate workers in government institutions. He cited a news report stating that the number of expatriates working in the government sector rose by four percent in 2016 – more than 3,900 expatriates — thereby, increasing the total number of foreign workers in this sector to 100,000. He said those closely following up the issue have been wondering about the seriousness of plans to lessen reliance on foreign labor in order to address the lopsided population structure issue which has been the concern of ministerial and parliamentary circles and the entire nation over the last years.

Statistics indicated that 2016 witnessed a significant increase in the number of non-Kuwaiti employees in public institutions compared with the previous years despite the budget deficit and government’s austerity programs.

The number of expatriate workers in the public sector increased by 1,250 in 2015 and then 3,900 in 2016 – an increase of 212 percent which is high by any standard. In this context, the lawmaker wants to know if this information is true, in addition to procedures followed by public authorities in appointing expatriate workers, number of expatriates employed in ministries and other government agencies since January 2010 till date, measures taken to minimize recruitment of foreign workers in government agencies and studies in this regard if any.

He asked if there is a link between procedures for hiring expatriates in government agencies, governmental studies and plans to address the lopsided population structure issue. He also inquired if the plan to balance the population structure includes conditions and mechanisms for hiring expatriates. He wants to know if the government is abiding by decisions of the Council of Ministers and Civil Service Commission (CSC) on the appointment of expatriates, violations in the last five years if any, steps taken to hold responsible those proven to have committed violations, and annual appointment rate for expatriates compared to Kuwaitis in ministries and other government agencies from 2010 till date.