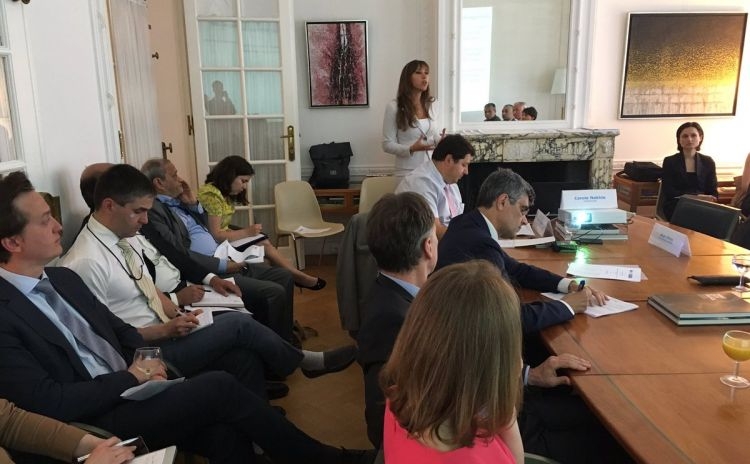 The transition of a petroleum-based economy to green economy is much more challenging for the Gulf Cooperation Council's (GCC) countries than anywhere else because of the lack of economic diversification, said a leading Arab energy expert late on Monday.

The economies of GCC are highly dependent on oil and gas revenue. They are making commitment to reduce their carbon emission in line with the global agenda. And at the same time the world is telling them, we are moving away from oil and gas, noted Dr. Carole Nakhle, founder and CEO of Crystol Energy, an advisory, research and training firm based in London.

Dr. Nakhle, who is Lebanese in origin, was speaking at a seminar on "energy transition for the Arab oil producers of the GCC. How real, how likely and can we get there? organized by the Brussels Energy Club.

"If oil and gas revenues are really squeezed how will these countries find their energy transition? So where will the money come from for financing this transition, "asked Dr. Nakhle.

"As long as these economies (of GCC) remain reliant on oil and gas revenues then we are going to have a vicious cycle. In order to facilitate the energy transition you need to produce more not less oil and gas to finance that transition, "she said.

"When helping countries to transition to a greener energy future , first of all we have to ask whether and when the cleaner sources of energy can become independent of state support and even generate revenues for the government" stated Dr. Nakhle.

She said that when people talk about green future they forget fossil fuels are a major generator of revenues not only for oil producing countries but also for the oil consuming countries.

"And the second big question is whether the GCC will be able to diversify their economies fast enough and create a sustainable source of income which goes beyond petroleum exports," she said and added that "the race is on so let us see which one will go faster." Dr. Nakhle has worked on energy projects in more than 40 countries, written numerous articles in academic journals, newspapers and magazines and lectures on energy issues around the globe.