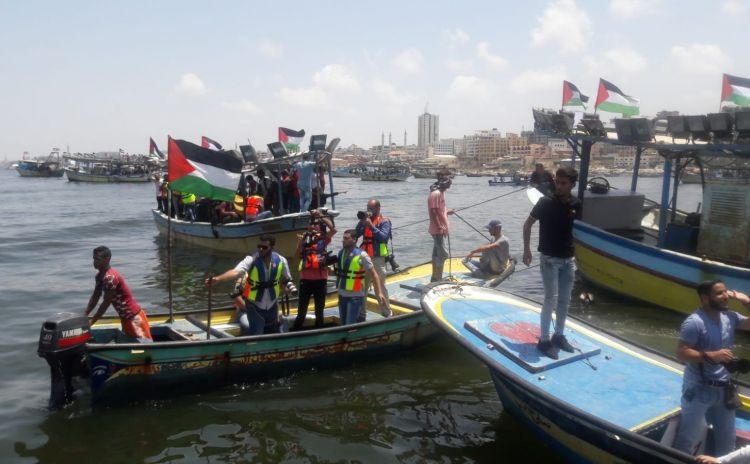 The first flotilla carrying 20 Palestinians are set on Tuesday to sail from the Gaza Strip in a bid to break an Israeli-imposed 11-year siege.

According to organizers, Tuesday's bid to break the embargo coincides with the eighth anniversary of the infamous Mavi Marmara incident (May 31, 2010), in which nice Turkish activists were killed by Israeli forces in international waters while attempting to break the siege, and another Turkish activist died nearly four years later, succumbing to injuries sustained during the raid, according to Turkish news agency (Anadolu).