H.H. The Amir receives GCC chief ahead of summit 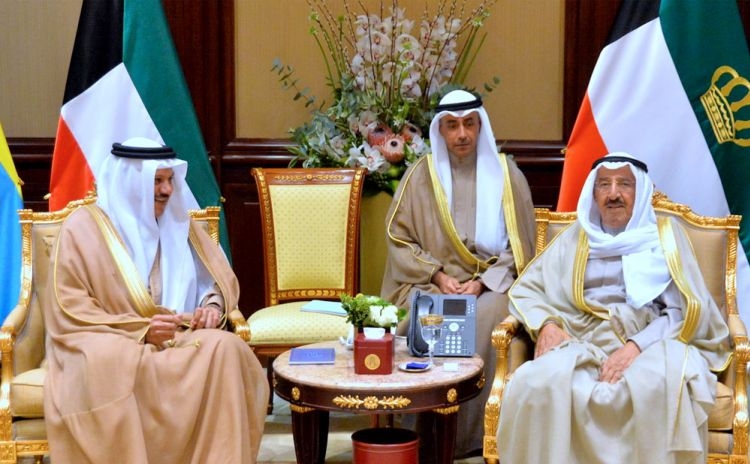 Kuwait is speeding up its preparations for the 38th summit of the Gulf Cooperation Council (GCC) on Tuesday.

The meeting with the Emir was held after the foreign minister and the GCC secretary general discussed earlier the preparations for the meeting of the foreign ministers of the six GCC members — Bahrain, Kuwait, Oman, Qatar, Saudi Arabia and the United Arab Emirates — which usually precedes the summit by one day.

Shaikh Sabah and Al Zayani met at Bayan Palace, discussed preparations for the summit to be hosted by Kuwait this week, the ministry statement said according to Kuna.

The meeting was attended by senior ministry officials and by Al Zayani’s assistants, the official news agency added.

Kuwait has hosted six of the 37 GCC summits held since 1981 when the alliance was formed in Abu Dhabi.

But as Kuwait is adorning its streets with flags of the member countries and signs of welcome to their leaders, the Gulf is waiting to see what will happen in the next few days amid a rift within the GCC that came out in the open dramatically on June 5.

Bahrain, Saudi Arabia and the UAE severed their diplomatic and commercial relations with Qatar after they accused it of supporting extremists, funding terrorism and interfering in their internal affairs.

The three countries and Egypt, which also cut off its ties with Qatar, issued a list of 13 demands asking Doha to comply with them ahead of resuming talks and eventually relations.

However, Qatar rejected both the accusations and the demands, compounding the delicate situation.

Efforts by Kuwait to mediate and narrow the gap between the two sides have so far failed to achieve any incremental success, casting heavy shadows over holding the 38th summit.

Qatar did send invitations to the five countries to take part in the summit on, but no official statements have so far been issued by the guest countries.