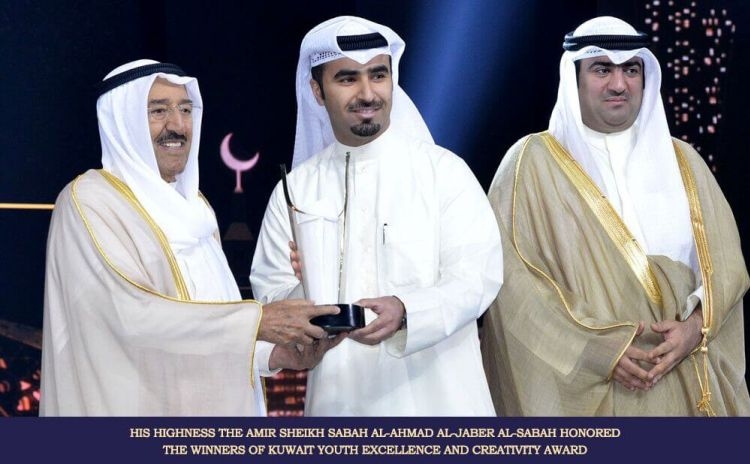 His Highness the Amir Sheikh Sabah Al-Ahmad Al-Jaber Al-Sabah attended and patronized the Kuwait Capital of Arab Youth 2017 ceremony and honoring the winners of Kuwait Youth Excellence and Creativity Award at Bayan Palace on Monday.

Upon arrival, His Highness the Amir was received by Minister of Commerce and Industry and Acting Minister of State for Youth Affairs Khaled Al-Roudan and ceremony organizers.

In his speech at the event, minister Al-Roudan affirmed that Kuwait pays great attention to the rights of youth and developing their talents and skills, following the terms of its constitution.

In this matter, he quoted His Highness the Amir as previously saying that caring for the needs of youth starts within their families, moving on to schools and the whole society.

"It is our responsibility to teach youth the values of tolerance, loyalty to their country and abiding by the law," Al-Roudan also quoted His Highness as saying.

Meanwhile, the minister hailed His Highness Sheikh Sabah's efforts to support youth and boost their skills. He mentioned His Highness' initiative to provide USD two billion for youth's small and medium-sized enterprises during the Arab Economic, Social, and Development Summit 2009.

Al-Roudan said that despite the unstable situation in the Arab World caused by war and conflicts, youth can play a big role in creating peace and stability.

He called on governments to exert great efforts to support this vital category of society and resolve issues preventing them from being successful in all fields.

The ceremony also included honoring of the youth creativity winners by His Highness Sheikh Sabah, while His Highness was presented with a souvenir for the occasion.