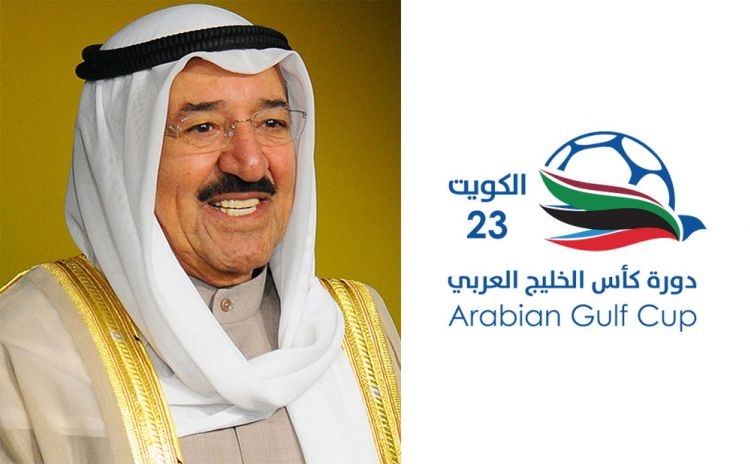 KUWAIT CITY, Dec 17, (Agencies): His Highness the Amir Sheikh Sabah Al-Ahmad Al- Jaber Al-Sabah has decided to personally bear the costs of the Gulf football championship due in Kuwait between Dec 22 and Jan 5, the organizing committee’ head said.

“This Amiri generosity is added to His Highness the Amir’s record of initiatives that reflect his attention to young people and his interest in encouraging them to do their utmost to raise the name of Kuwait and promote its status,” Deputy Premier and Minister of State for Cabinet Affairs and Chairman of the Organizing Committee Anas Al-Saleh said to KUNA on Sunday.

He said he was honoured to meet His Highness the Amir Sheikh Sabah Al-Ahmad Al- Jaber Al-Sabah earlier Sunday and briefed him on ongoing preparations and arrangements for the Gulf football tournament, known as “Gulf 23”.

Al-Saleh said that he had affirmed to His Highness the Amir that the organizing committee was exerting great efforts to complete all required arrangements for the Gulf sports event that will bring together the national football teams of the GCC member states, in addition to Iraq and Yemen.

In spite of tight time, all Kuwaiti agencies involved are completely geared up for properly organizing the tournament, the organizing committee’s head pointed out.

Meanwhile, the 2017 Gulf Cup of Nations fixtures were confirmed just four days before the beginning of the tournament, with Kuwait and Saudi Arabia kicking off.

The 2017 Gulf Cup of Nations fixtures list has officially been released just four days before the beginning of the tournament.

The regional competition not officially recognized by world footballs governing body FIFA is set to kick off in Kuwait on the 22nd of December and will conclude on the 5th of January. Kuwait and Saudi Arabia will kick off Group B in the first game of the tournament at the Jaber International Stadium at 5:30 PM local time, before Oman and the UAE face off in the second match of the day at 8:00 PM.

The next round sees the big match between Saudi Arabia and the UAE before Kuwait and Oman face off.

In match week 3, Saudi Arabia face Oman while the UAE play against the hosts Kuwait.

In Group A, Qatar plays Yemen at the Kuwait Stadium at 5:30 PM on the 23rd of the December, with their match being followed by Bahrain and Iraq at 8:00 PM.

The second match week sees Yemen play against Bahrain, and Iraq against Qatar. Finally, in the ultimate round of the group stage, Bahrain and Qatar face off at the same time as Yemen and Iraq.

The final will be played at Jaber International Stadium at 8:00 PM local time on the 5th of January.

News Source: Arab Times    By Source, Fair use of image