His Highness the Amir attends, patronizes opening of Al-Ahmadi Hospital 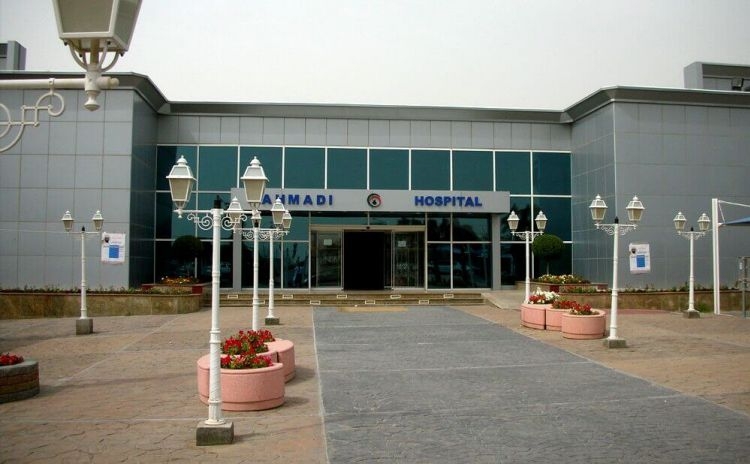 His Highness the Amir was received at the hospital by Minister of Oil as well as Minister of Water and Electricity Essam Al-Marzouq, CEO of Kuwait Petroleum Corporation (KPC) Nizar Al-Adsani, CEO of Kuwait Oil Company (KOC) Jamal Abdulaziz Jaafar, in addition to a score of senior oil officials in the country.

During his speech to the event, Minister Al-Marzouq thanked His Highness the Amir for his guidance and continuous support to the oil sector, saying that the opening of the new Al-Ahmadi Hospital also displayed the leadership's keenness on bolstering health services in the country.

The minister affirmed that Al-Ahmadi city was the location in which Kuwait began harnessing the power of petroleum, which contributed to the development of the country as a whole.

The minister touched on recent achievements in Kuwait, revealing that under the orders and guidelines of His Highness the Amir Sheikh Sabah, Kuwait began to look into ways to use renewable energy.

One of the chief achievements in this regard was the Sedra 500 solar energy project, which helped to produce oil in Um Qudair field west of Kuwait, said the Al-Marzouq, adding that the Kuwaiti decision to seek alternative energy resources aimed at protecting the environment of the country.

Efforts for environment protection led to the decrease of the burning of natural gas from 17 percent in 2005 to around one percent in 2017, said the state official.

Meanwhile, Kuwait Oil Company (KOC) CEO Jaafar also delivered a speech during the event, welcoming His Highness the Amir and the Kuwaiti leadership to the Hospital.

Jaafar affirmed that the medical facility, owned by the KOC, would garner to the needs of some 120,000 employees of the company who are the backbone of the oil industry.

He also stressed that the hospital was in line with the industry's 2030 development strategy.

The new Al-Ahmadi Hospital is constructed on an area of 380,000 square meters with new facilities and areas costing around KD 94 million, said Jaafar.