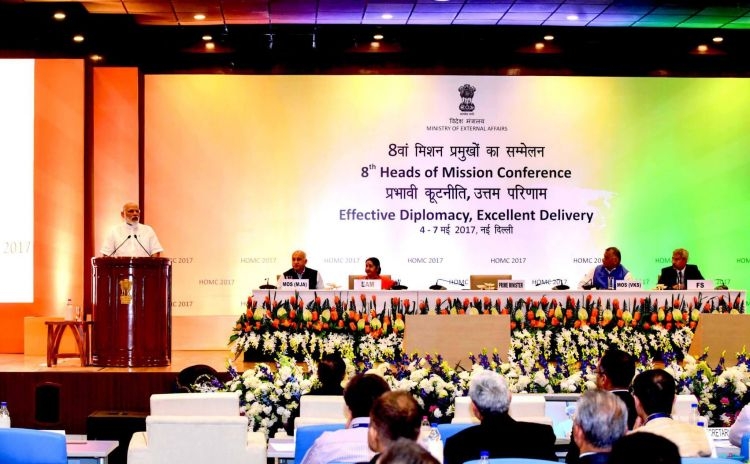 NEW DELHI: Prime Minister Narendra Modi on Saturday addressed the Indian heads of mission meet, which is brainstorming key foreign policy issues and challenges including India's engagement with major powers as well the strain in ties with Pakistan and China.

India's engagement with major powers as well as strain in ties with Pakistan and China were among key foreign policy issues are being discussed at length at eighth conference of the heads of mission.

The conclave is also expected to discuss major developments globally and how India should mould its policy to deal with them.

Envoys have made presentations on the state of India's bilateral relationship with the countries they are posted to.

India's relationship with the Trump administration and ties with Russia are also likely to figure in the conclave.

The annual meet is taking place at a time when Indo-Pak ties have nosedived following the beheading of two Indian soldiers by the Pakistan military in Jammu and Kashmir and the issue is likely to figure during the discussions.

India's ties with the resource-rich African continent as well as with the Gulf countries and the situation in the Middle East are also expected to be discussed during the meet.