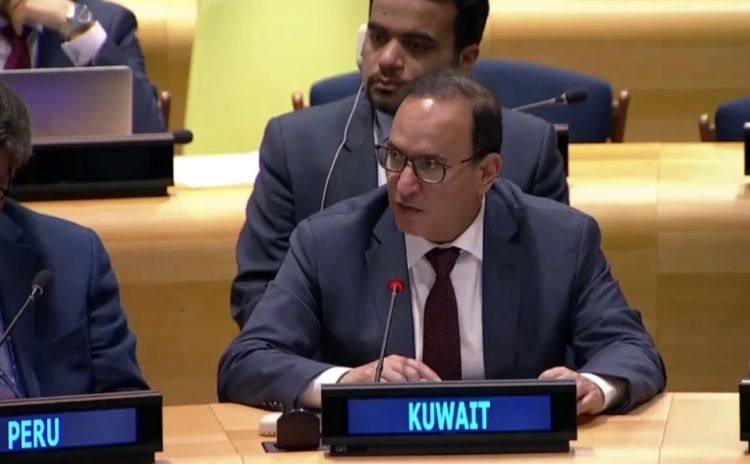 Transnational organized crime could only be countered through a solemn regional and international effort to rid people from this criminal and social problem, said a Kuwaiti diplomat.

Delivering Kuwait's speech to UNSC Arria-Formula meeting on Friday, permanent representative to the UN headquarters in New York, Ambassador Mansour Al-Otaibi said that "transnational organized crime constituted one of the most serious threats to international stability through the activities of criminal organizations, including the trafficking of arms, drugs, humans, and smuggling of migrants." He indicated that terror and radical groups were amongst evildoers who highly benefited from such illicit behaviors, which weakened the rule of law and security.

Terrorism and extreme radicalism also benefit from organized crime in the sense that the chances to defuse conflicts would become more difficult with the increasing rate of crimes occurring in any given society or country.

The selling of narcotics and other criminal acts require concentrated efforts on part of the international community to eradicate, indicated Al-Otaibi who called on the global community to implement international resolutions and laws associated with efforts to combat organized crime.

He affirmed that the UN -- through collaboration with various entities, agencies, and organizations -- supported all efforts aimed at eradicating organized crime pre-emptive measures to eliminate the source of the problems.

Ambassador Al-Otaibi reiterated that the international community was willing to cooperate on countering organized crime through cooperation and enforcing the rule of law worldwide.