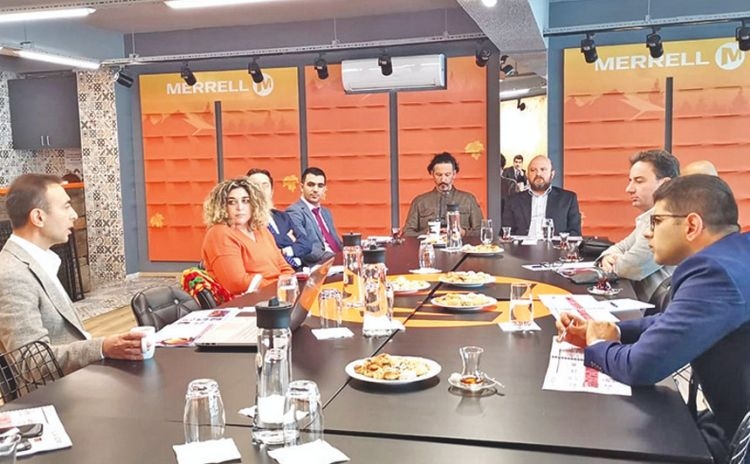 Investors from Kuwait have been vigorously seeking business opportunities in Turkey with most ventures turning out lucrative for both sides. Turkey is a vital destination for Kuwaiti tourists and investors, with 300,000 visiting annually, according to recent Turkish reports.

A trip, organized by the Investment Office of the Presidency of the Republic of Turkey saw a number of Kuwaiti media outlets to document Kuwait’s success in the field of investment and development in Turkey. In a meeting held by the office, on the event of receiving the Kuwaiti media delegation, Project Director at Investment Office of the Presidency of Turkey Abdullah Deniz said that the Turkish economy achieved a huge leap in recent years, ranking 13th worldwide in global development.

Deniz said that Turkey falls within the upper segment of middle-income countries with a Gross Domestic Product (GDP) of $799.54 billion annually, making it a distinct country for investment. He added that his country is a member of the Organization for Economic Co-operation and Development (OECD) and Group of 20 (G20), which is the eighth largest producer of foodstuffs worldwide and the sixth most popular tourist destination.

Turkey’s exports jumped by a huge percentage in recent years, as the Turkish economy shifted from controlling traditional agricultural activities in rural areas to major cities, Deniz mentioned. The incentives for investment in Turkey are in its distinguished strategic location, as it is a bridge of East-West communication and a gateway to European and Central Asian markets, he noted. The continuation of the state in the reform process, especially in the labor law, was a strong attraction for investors, he pointed out.

Meanwhile, Country Advisor at Presidency of Republic of Turkey Investment Office Rahim Albayrak said in a statement that the infrastructure of the Turkish economy was strong, despite the failed coup attempt and the Syrian war that left about 4 million refugees entering Turkey. One of the successes was Kuwait investing in Kuwait Finance House (KFH) in Turkey and the Ritim Istanbul project of Al-Mazaya Holding Company, in addition to Gulf Insurance Group (GIG) in Turkey, he said. Albayrak was grateful for Ambassador of Turkey to Kuwait Aisha Hilal and her embassy staff for organizing this trip, stressing that such visits would enhance cooperation ties between both sides.

In turn, Head of Investment Office of the Presidency of the Republic of Turkey Arda Ermut stressed in a statement, on the sidelines of a business lunch organized by the Kuwaiti delegation, that temporary political fluctuations do not affect the long-term investment projects of 30 or 40 years. Long-term investors looking for strong basic data in the country, such as geographical location, was a vital advantage to Turkey, Ermut said. Turkey has one of the largest airports worldwide with Turkish Airlines, that can travel to any place, he added.

Many international companies take Turkey as the headquarters for management, manufacturing and distribution not only for the Turkish domestic market but for the surrounding markets, especially in the EU, Middle East and North Africa, he explained. Turkey’s diverse demographic distinguishes it from other countries, as young people represent most of the population; 30 million, he indicated. Turkey currently is a model for economic development despite the challenges it faces, including the trade deficit, he underlined.

Kuwait Finance House Turkey CEO Ufuk Uyan said that the bank was considered the first Kuwaiti investment and the pioneer of digital banking, celebrating its 30th anniversary this year. Uyan added in a statement, on the sidelines of a meeting with the Kuwaiti media delegation, that the bank provides various Islamic banking services to its Gulf customers, Kuwaitis in particular, as it provides them with 50 percent financing and other facilities. The bank’s assets are about $16 billion, noting that it is currently the 11th among Turkey’s banks, he explained.

The percentage of foreign deposits in the bank amounted to 20 percent, half of which is for Kuwaitis, adding that the bank provides its customers with a gold account service, he mentioned. He called on those who wish to buy real estate in Turkey, to do so through the banks in order to prevent fraud or enter into a spiral of problems, as the bank guarantees the completion of the project in case the buyer fails to implement his obligations. Accordingly, General Manager of GIG in Turkey Suleyman Sagiroglu said, on the sidelines of the delegation’s visit to the company, that they succeeded despite the global competition in the Turkish insurance market due to the availability of the product and distribution channels.