(CNN) ISIS claimed responsibility for bombings that killed 36 at two Coptic churches in Egypt on Palm Sunday -- brazen strikes against a vulnerable minority on one of the most important days on the Christian calendar.

The terror group's Amaq media wing said "a security detachment" of the Islamic State carried out the attacks on churches in the cities of Tanta and Alexandria. The bombings also left scores wounded.CNN could not independently confirm ISIS was behind the attacks -- or had any prior knowledge in planning them. ISIS often uses Amaq news agency to claim attacks after they have happened.

The first blast was in the northern city of Tanta, when a powerful explosion ripped through a Palm Sunday service at St George's Church, killing 25 people and wounding 60 others, state TV reported. The explosive device was planted under a seat in the main prayer hall, it said.

At least 11 people were killed and 35 others wounded in a suicide bomb attack outside Saint Mark's Coptic Orthodox Cathedral in Alexandria, according to two state news outlets. Egyptian state media also reports that the head of Egypt's Coptic Church Pope Tawadros II was inside the Church when the blast happened. He was not injured.

The horrific attacks were the latest against Christians in the region, this time on Palm Sunday -- the Sunday before Easter, and the day that marks the start of Holy Week for Christians.

Nile and Masriya TV, Egyptian state outlets, aired black banners in the upper left of its newscasts to signify mourning for the victims of both explosions.

In Tanta, news footage shows people gathered at the church, singing hymns. The video then quickly switches to bars as harrowing screams and cries echo in the background.

"Everything is destroyed inside the church" and blood can be seen on marble pillars, said Peter Kamel, who saw the aftermath of the carnage.

It appeared the explosive device was placed near the altar, he said. Priests and the church choir were among the casualties.

Social media video showed crowds gathered outside the church shortly after the attack.

In Alexandria, the Interior Ministry said in a statement that police assigned to St. Mark's stopped a terrorist with an explosive belt from breaking into the church. Along with civilians, a policeman, a policewoman, and other police staff were killed.

Egyptian blogger Maged Butter told CNN he saw five or six ambulances and blood stains 100 meters away from the site of the explosion -- near the church gate.

He said women were crying and looking for their loved ones and were yelling at police for "not protecting" them. Police faced difficulty as crowds gathered.

Alexandria sits on the Mediterranean and has a large Christian population. Downtown is usually busy but was relatively quiet on Sunday because of the holiday.

"This is usually a very busy area, but thank God it is a Sunday, and many shops are closed," he said.

Copts have faced persecution and discrimination that has spiked since the toppling of Hosni Mubarak's regime in 2011.

Dozens have been killed in sectarian clashes. In December, an attack on a Coptic church in Cairo killed 25 people.

"Coptic churches and homes have been set on fire, members of the Coptic minority have been physically attacked, and their property has been looted," rights group Amnesty International reported in March.

Coptic Christians make up about 10% of Egypt's population of 91 million. They base their theology on the teachings of the Apostle Mark, who introduced Christianity to Egypt.

Tanta is roughly 60 miles (96 kilometers) north of Cairo, in the Nile delta.

The attack comes days after President Donald Trump welcomed Egyptian President Abdel Fattah el-Sisi to Washington and stressed his support for Cairo. Among the topics of mutual concern were terrorism and terror group ISIS.

El-Sisi met Saturday with a US congressional delegation led by US Rep. Darrell Issa, the Egyptian government said.

The meeting addressed Egypt's counterterrorism efforts and adopting a strategy to fight terror and encourage religious tolerance and acceptance of others.

The Tanta attack drew outrage from religious and political leaders across the globe.

Pope Francis is scheduled to visit Cairo this month, where he will meet with various religious leaders, including the head of the Coptic Orthodox Church.

He expressed his grief following the church attack.

"To my dear brother his Holiness Pope Tawadros II, to the Coptic church and to all of the dear country Egypt, I express my deep condolences, I prayed for the dead and the wounded, I am close to the families and to the entire community. God convert the hearts of the people who spread terror, violence and dead, and also the heart of who produces and traffic weapons," the Pope said.

The Archbishop of Canterbury, serving the Church of England and the worldwide Anglican Communion, called the attacks "evil" and urged people to pray for the victims.

Russia's President Vladimir Putin condemned the attack and offered his condolences to el-Sisi, according to Russia's state-run Tass. 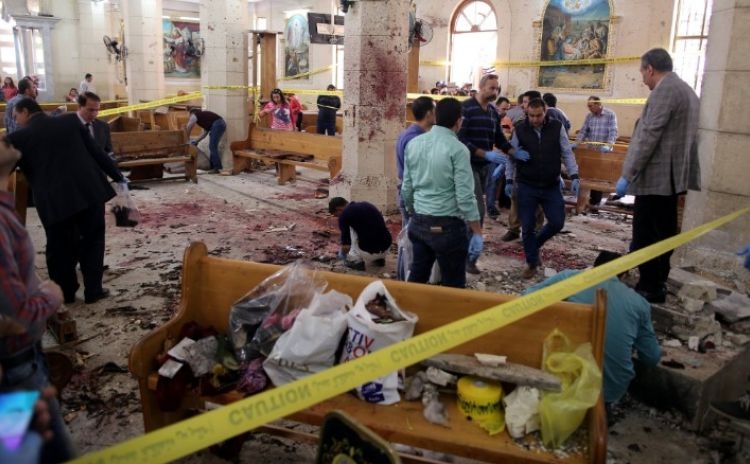 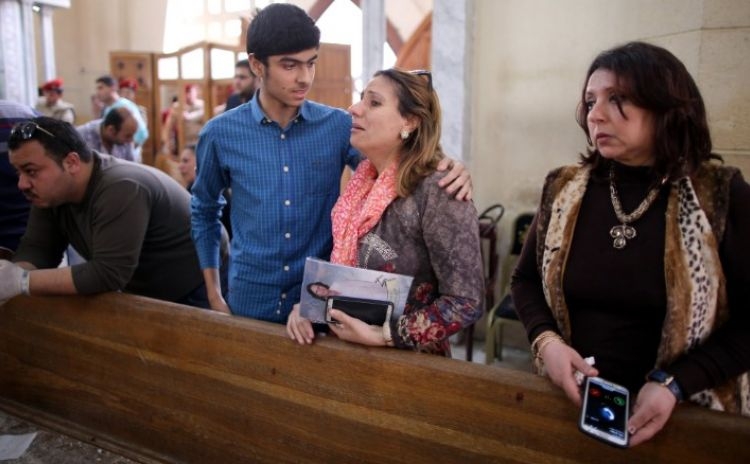 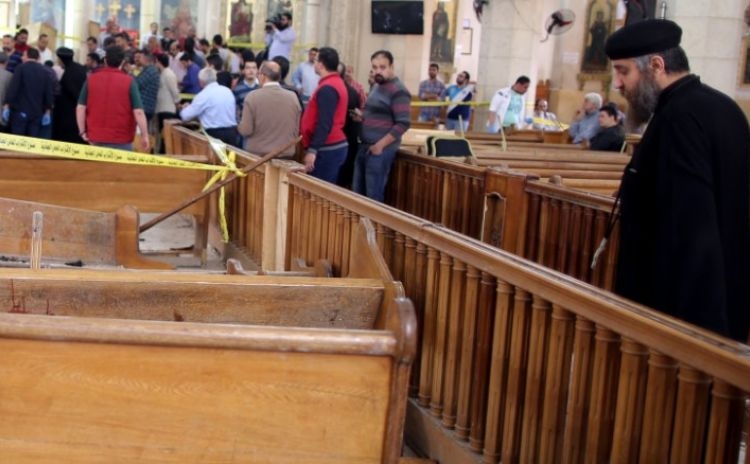 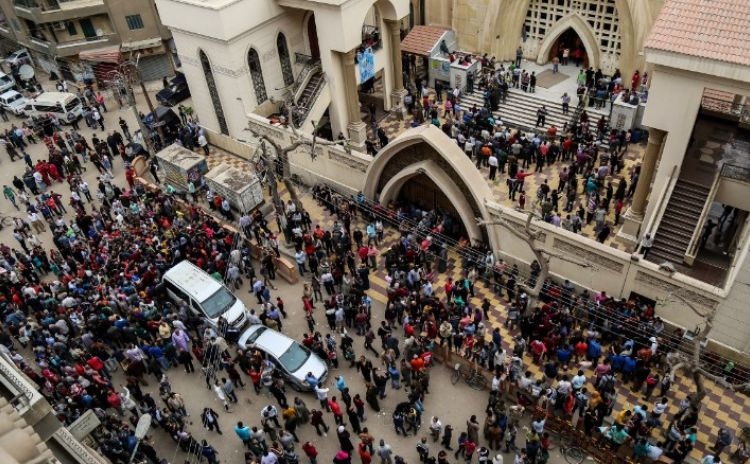 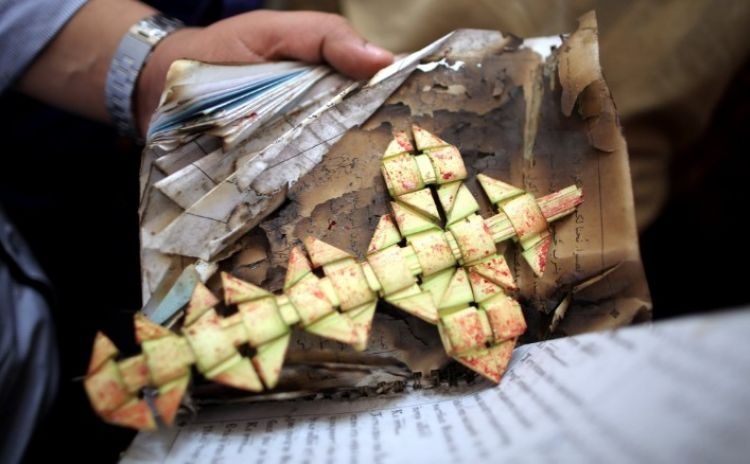 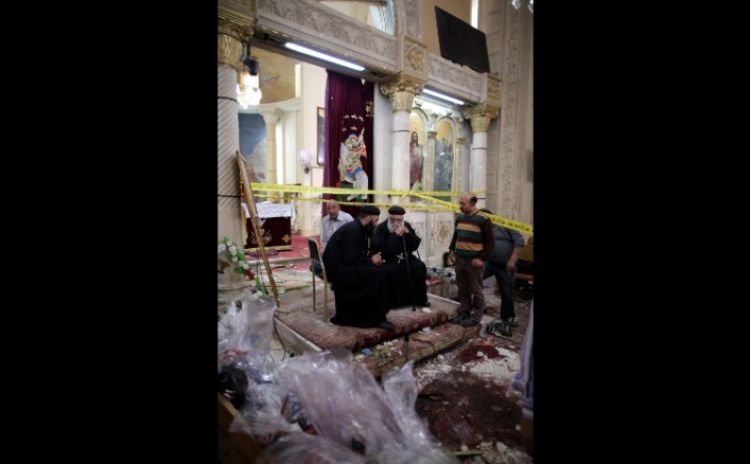 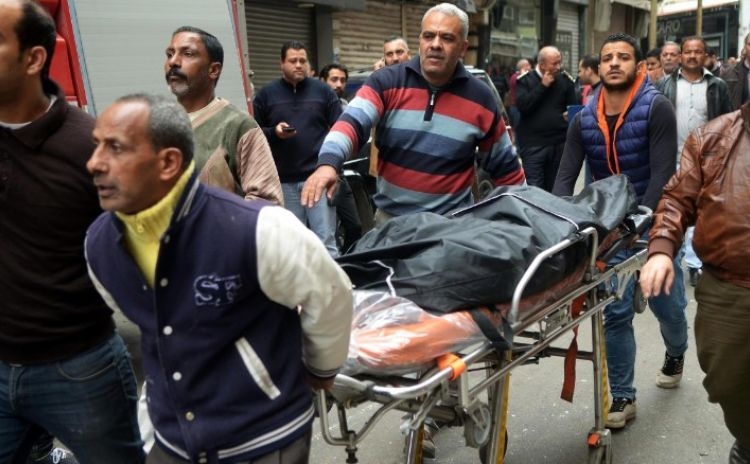 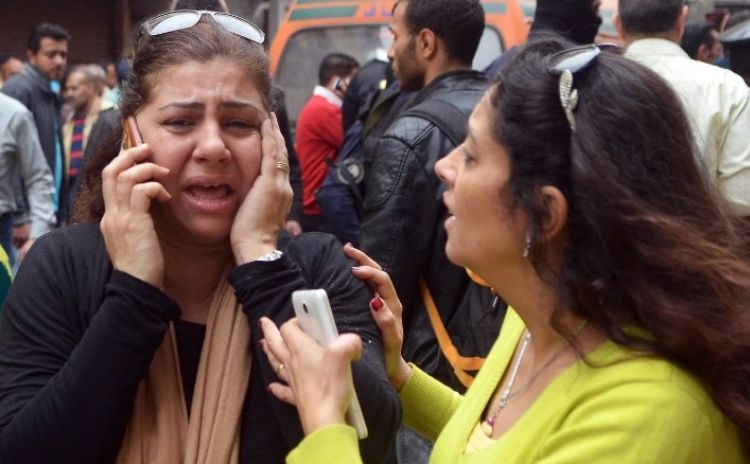