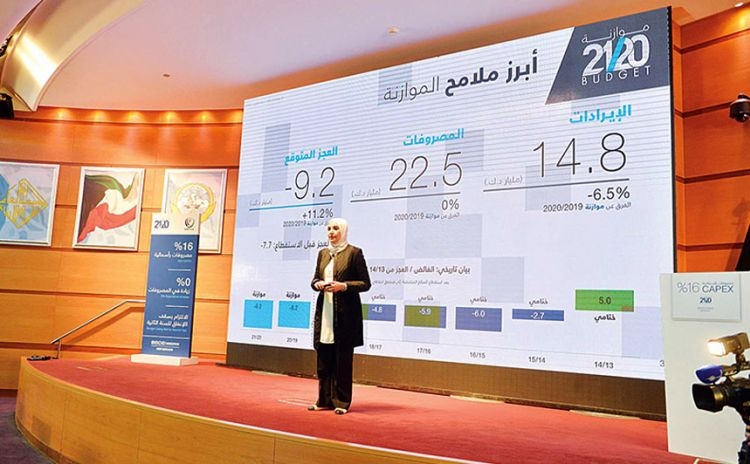 By law, the State must transfer 10 percent of total annual revenue to FGF (commonly known as Kuwait’s Sovereign Wealth Fund) that is managed by the Kuwait Investment Authority (KIA). The Kuwait Minister of Finance HE Mariam A. Al-Aqeel said, “Today we submitted the State’s 2020/2021 budget proposal to Parliament with a zero percent increase in expenditure, while maintaining a healthy Capex of 16 percent to sustain economic growth and execute infrastructure projects that are part of the Kuwait National Development Plan: Vision 2035”.

“The budget we submitted for next year caps expenditure at KD 22.5 billion, which is 19 percent less than the initial budget proposals, and inline with the current fiscal year’s budget. We believe that fiscal reform starts with curbing spending while maintaining healthy capex levels.” “This is a reform budget and an infrastructure budget at the same time. Budget 2020/2021 is good for the economy with over KD 3.5 billion allocated for Capex for the coming year.”

“Financially and socially, Kuwait is in a unique position that enables the introduction of fiscal reform in a controlled and responsible manner, within a legislative and public environment that encourages a lively debate of the issues and the opportunities.”