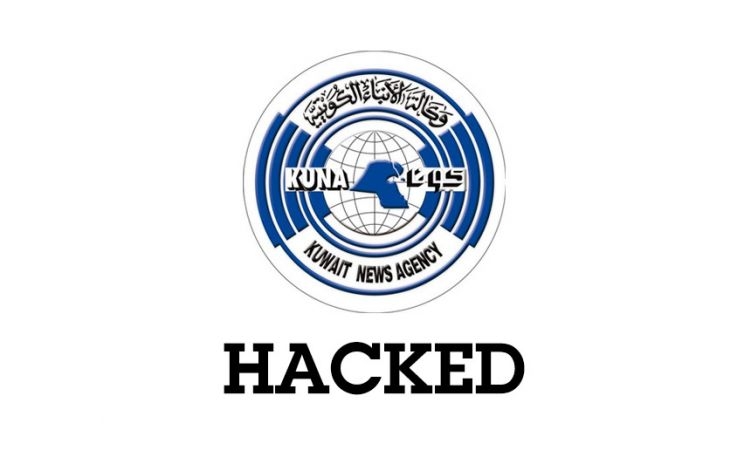 The Kuwait's State run news agency KUNA's Twitter account along with their website got hacked for a brief time today in the late morning Kuwait time.

Kuwait News Agency (KUNA) has categorically denied reports that it has broadcast statements by the Deputy Prime Minister and Defense Minister Sheikh Ahmad Al-Mansour about withdrawal of the American forces from Kuwait.

Kuwait News Agency (KUNA) affirms that it has not broadcast any news item in this regard, stresses on necessity of accuracy in circulation of information and news and seeking information from "correct and official sources." KUNA advises subscribers and readers that its social media account (Twitter) has been hacked, thus it reserves its legal right to bring into account before the judiciary any party or person behind the fabrication of this false news.

The website had its DNS redirected to a server in Tokyo, Japan either by DNS spoofing, poisoning cache or classic redirection. Nevertheless, the service was restored swiftly within a short time.