Kuwait adopts laws for protection of copyrights - No to infringements: Sheikha Rasha Al-Sabah

KUWAIT CITY, April 22 (KUNA): Amid rising aggression on property rights worldwide, Kuwait has been paying due attention to the issue. The country, a signatory to relevant agreements, has adopted legislations to protect the copyrights. 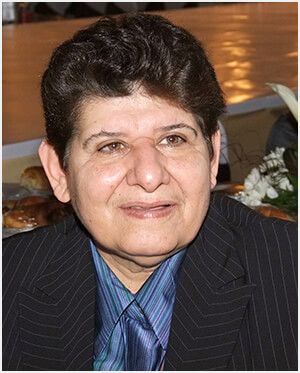 In 2011, Kuwait established a specialized department at the Ministry of Information for the application of the copyright. Later, the unit was moved to the Ministry of Commerce and Industry under the “Copyright Department.” Then a Cabinet decree in 2014 transferred it to the Kuwait National Library, an affiliate of the National Council for Culture, Arts, and Letters (NCCAL).

Head of the department Sheikha Rasha Al-Sabah told KUNA Saturday that she and her staff work hard to preserve copyrights through registering works in the international filing and numbering section. She referred to Law No. 22/2016 on the protection of copyright, saying it was a quantum shift in the field in Kuwait.

It is considered “the best” in the Arab region in terms of text, Sheikha Rasha said, adding that the Cabinet is expected to issue the executive rule of the law in the coming weeks.

The provisions of the law apply to all works of innovation, in arts, literature, and science, she said.

The law also provides that any person who has committed copyright infringement is liable to be punished for either two years or a fine not less than KD500 ($164) and not exceeding KD50,000 ($16,004).

In March 1986, Kuwait joined the Arab Convention for the Protection of Copyright, which was ratified by the conference of ministers of cultural affairs in Baghdad in November 1981. It is also a signatory to the Agreement on Trade-Related Aspects of Intellectual Property Rights (TRIPS) of 1994; the World Intellectual Property Organization (WIPO) of 1998, and the Berne Convention for the Protection of Literary and Artistic Works of 2014.

The UNESCO chose April 23 as every day as the World Book and Copyright Day.

It is a symbolic date for world literature. It is on this date in 1616 that Cervantes, Shakespeare and Inca Garcilaso de la Vega all died. It is also the date of birth or death of other prominent authors, such as Maurice Druon, Haldor K.Laxness, Vladimir Nabokov, Josep Pla and Manuel Vallejo.