Kuwait underlined Monday its full belief in the importance of joint international efforts in protecting minorities and ensuring their security around the globe.

Kuwait's hosting of the International Conference for the Reconstruction of Iraq (KICRI) last February, in addition to an international donors conference for the Rohingya in October 2017, is a reflection of its various efforts and important contributions towards ensuring protection for minorities around the world, Kuwaiti Ambassador to Belgium, EU, and NATO Jasem Al-Budaiwi told KUNA.

The Kuwaiti diplomat made his remarks on the sidelines of the third International Conference on the Victims of Ethnic and Religious Violence in the Middle East, which began in Brussels earlier.

The Belgian Conference is an extension of the Paris Conference, held in September 2015, and the Madrid Conference in 2017, he noted, adding both conferences were significant and came out with needed recommendations to help those minorities.

"Ethnic and religious diversity represent the true identity of the Middle East region, and preserving it is essential for ensuring a future where peace, stability, and freedom prevail in the region," he said.

During the post-conflict reconstruction phase, special protection should be provided to religious and ethnic minorities and necessary measures should be taken to ensure a safe and lasting return that preserves the dignity of the displaced, said Al-Budaiwi.

The international community's efforts must be combined to ensure the protection of minorities and bring those who commit crimes against them to international justice, he said.

Today's conference is aimed to address the steps taken and the urgent steps to be taken within the framework of the Paris Executive Plan, adopted in this regard on September 8, 2015, added Al Budaiwi.

The one-day conference is co-chaired by Belgian Minister of Foreign Affairs Didier Reynders and his Lebanese colleague Gebran Bassil.

In his opening address, Reynders said the conference is aimed at safeguarding the cultural, religious, and ethnic heritage in the Middle East, particularly in Iraq and Syria, adding priority must be given to stabilization efforts.

He underlined the importance of working towards reconciliation and harmonious coexistence between different communities in order to rebuild a resilient society based on solid foundations.

It is also important to fight impunity and bring to justice those responsible of the atrocities that have been perpetrated against minorities around the world, Reynders said.

The Belgian minister also said work is currently in progress to bring the perpetrators of the atrocities to justice in Iraq or in the International Criminal Court at The Hague.

On his part, Lebanese Foreign Minister Gebran Bassil stressed the importance of restoring stability in the region in order for refugees and displaced people to be able to return to their homes.

Bassil urged the international community to exert further efforts toward dealing with extremism and fanaticism in the Middle East region, noting his country hosts a large number of Syrian refugees that make up now nearly half of Lebanon's population.

On his part, Jan Kubis, Special Representative of the UN Secretary General for Iraq, praised Kuwait for its reconciliation efforts in the region.

"I would like to join our keynote speakers to express our admiration and gratitude to the Sate of Kuwait for facilitating a very important reconstruction and rehabilitation conference and for the countries of the region that pledged massive support," said the UN official in his speech.

He said the UN has created special investigating team to deal with the horrendous crimes committed by the so-called Islamic State (IS) in Iraq.

A large number of ministers, heads of international organizations, and representatives of a number of ethnic and religious communities are taking part in the conference. 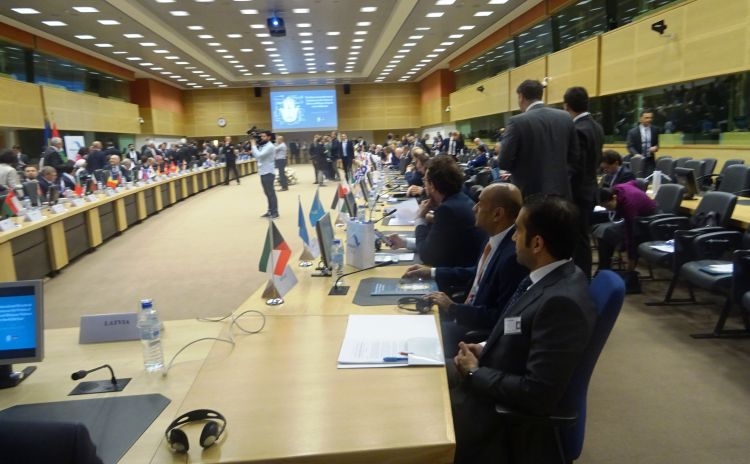 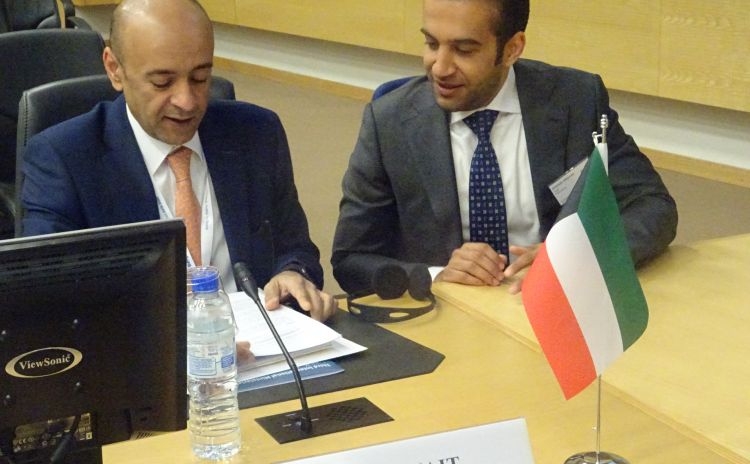