Kuwait all for inclusive solution to political deadlock in Libya 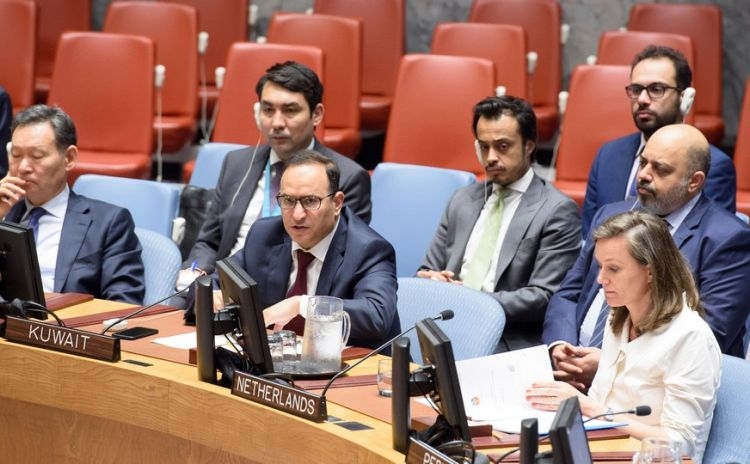 The State of Kuwait reiterated support for the Arab League's decision of championing an inclusive solution to the political deadlock in Libya.

This came in a speech before a UN Security Council session on Libya late Monday, where Ambassador Mansour Al-Otaibi, head of Kuwait's permanent mission to the UN, expressed full support for the League's action plan, which aims to salvage Libya from a state of political chaos and into a more stable and prosperous one.

A significant and promising sign of a getting out of the bottleneck is the ongoing preparations for holding a national dialogue expected to take place by end of this year.

In this regard, Ambassador Al-Otaibi lauded commitment of the Libyan High National Elections Commission to continue towards holding elections despite the so-called Islamic State group's deadly attack on its headquarters in the capital city, Tripoli, on May 2. The Kuwaiti senior diplomat expressed condemnation of such attack with the strongest possible of terms.

He also pointed to recent positive developments in Tripoli and the city of Zawiya, as elections for council presidency and municipal posts took place in a timely, peaceful and democratic manner with UN support.

Al-Otaibi also reiterated refutation of the deteriorating humanitarian situation in the Arab country, represented in human rights' breaches and human trafficking, which would further contribute to more killing and displacement among civilians.

In this vein, Kuwait urges the UN Security Council to continue supporting Libyan efforts aimed at instilling the rule of law under a civilian leadership, the ambassador said, crediting Egypt for hosting meetings in this regard.