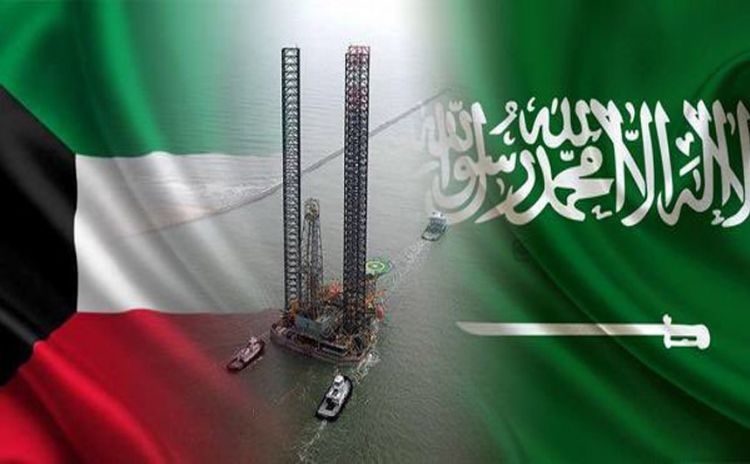 Kuwait and Saudi Arabia after talks in Riyadh last week agreed to resume shared oil output in the neutral zone after setting up an officially-recognised border within the area, the Kuwaiti negotiating committee said on Saturday.

Three new deals, described as being appended agreements, were reached on Tuesday after extensive negotiations.

They come after an oil production halt in 2014 in the cities of Wafra (Kuwait) and Khafji (Saudi Arabia) both located within the neutral zone, which produces more than 470,000 barrels of oil per day through onshore and offshore fields. The new deals have set out two boundaries within the neutral zone, including two agreements for land and maritime borders, and a memorandum of understanding for the resumption of oil production. Signing the border agreements was Kuwait’s Foreign Minister Sheikh Dr Nasser Sabah Nasser Al-Mohammad Al-Sabah and Saudi Arabia’s Energy Minister Prince Abdulaziz bin Salman Al-Saud.

The new deal is “more accurate and more definitive” and outlines a clear– cut border between both countries in accordance with the previous agreements. It outlines complete sovereignty on the northern part of the zone for Kuwait and the same for Saudi Arabia for the southern part. “There was no clear cut text stating this in previous agreements,” added the official.

The natural resources located in both areas, however, will remain shared between both countries. The current agreements also state that the resources located within the zone will be governed by joint operations, not by a sole country. Kuwait, Saudi Arabia agree to resume oil output, outline border in neutral zone The so-called joint operations mechanism carries out the integrated exploration of all the hydrocarbon resources in the zone and splits costs equally, he added.

Explaining further, he said the MoU also outlines aspects of cooperation, including offshore investments in Durra field and onshore investments in Khafji. The neutral zone, an area of just under 5,800 sq-km, was left undivided when the two countries marked their border at the Uqair Convention in 1922, however, both nations had equal sovereign rights over land and resources, he added.

This remained the case until the 1965 deal that split the area into demarcated northern Kuwaiti and southern Saudi portions but the natural resources remained shared between both. Speaking about the breakthrough, Committee Director Ambassador Majdi Al-Dhifeeri said it “reflects the depth of the neighbouring countries’ strategic bilateral relationship, built on transparency, exclusivity, mutual interest and compatibility.” It comes in accordance with the directions of both His Highness the Amir Sheikh Sabah Al-Ahmad Al-Jaber Al-Sabah of Kuwait and King Salman bin Abdulaziz Al-Saud of Saudi Arabia, he added.