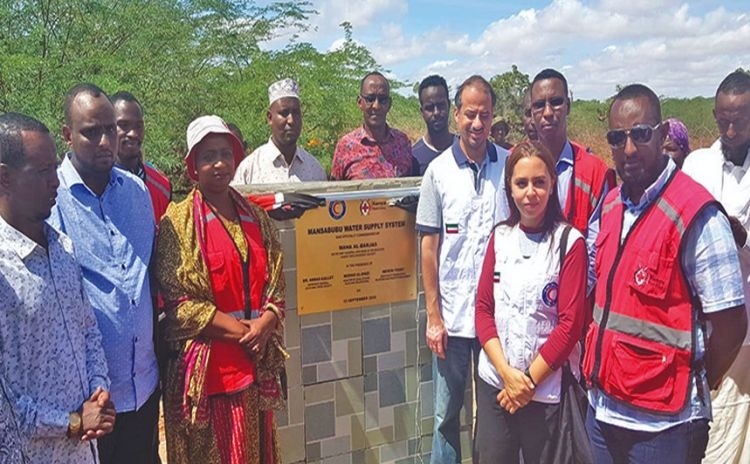 The State of Kuwait, which the UN termed as a ‘Humanitarian Center,’ kept extending a helping hand for people in need in many parts of the globe. The following are major philanthropic contributions by the Gulf state throughout 2019.

January 16: His Highness the Amir directed dispatch of $1.5 million in emergency relief aid to Syrian refugees in Rukban camp in Lebanon, through the Kuwaiti Red Crescent Society.
January 17: Kuwait donated $5 million for the United Nations High Commissioner for Refugees to cover UNHCR’s program for Syrian refugees in neighboring countries.

January 18: Kuwait contributed $9.1 million to a number of UN agencies to support the humanitarian situation in Syria.
January 20: Kuwait Red Crescent Society (KRCS) launched a donation campaign at the Avenues Mall for the relief of the Yemeni people.
January 31: KRCS launched an emergency convoy to aid displaced people from the Yemeni governorates, including five trucks carrying 100 tons of humanitarian aid.

February 3: Kuwait offered a financial support of one million Euros to re-activate a hospital in the Italian city of Norcia after a devastating earthquake.
February 7: KRCS distributed 100 tons of humanitarian aid to 41,000 people across Yemen.

February 26: Kuwait donated $250 million to the Humanitarian Response Plan Conference in Yemen launched by the UN in Geneva.
March 14: Kuwait announces $300 million support to the Syrian refugees during the third Brussels conference on supporting the future of Syria and the region.

April 5: KRCS sent the first plane to Iran to help the flood victims upon the directives of His Highness the Amir.
April 6: KRCS offered humanitarian aid to Yemeni people in Socotra Island.
April 24: KRCS donated three medical clinics to Iraqi displaced people as part of the ‘Kuwait by your Side’ campaign.

May 13: KRCS handed out food aid for 15 different countries to help more than 100,000 people during the holy month of Ramadan.
May 25: KRCS delivered 155 tons in medical aid for Yemeni people. July 8: Kuwait donated $350,000 to build an educational center and a mosque in Montenegro.

August 8: Kuwait offered $3 million to UN’s FAO to boost food security in Syria.
August 30: KRCS sent the first airplane to Sudan with 40 tons of food and relief supplies to help the Sudanese people.