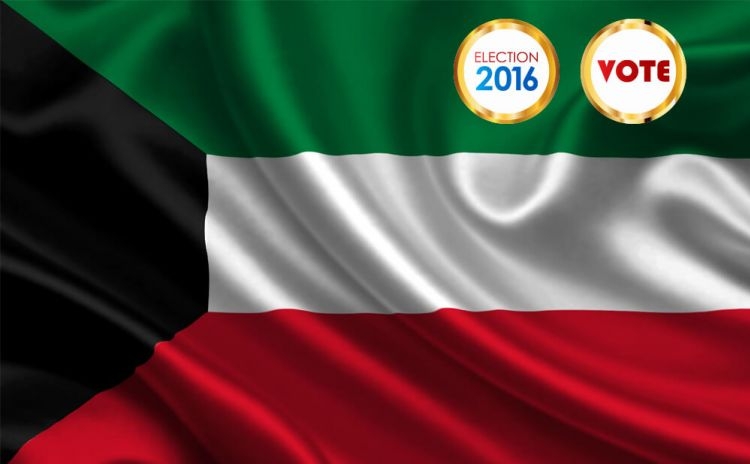 Kuwaitis head to the polls tomorrow to elect a new 50-seat national assembly to replace the outgoing house which was dissolved by the Amir after almost three and a half years, becoming the longest-surviving assembly since 2003.

Kuwait has had 15 parliaments since its independence in 1961; only six parliaments ran their terms for the four years

It is the seventh parliamentary election since mid-2006. The past decade has been one of the most unstable in Kuwait’s history.

There are 483,200 voters, over 52 percent of them are females. Kuwait’s election law bars military and police personnel from voting. Age of voting in Kuwait is 21. Kuwait is divided into five electoral districts with varying electorate sizes. The top ten achievers in each of the districts become the lawmakers for the next four years.

In total, around 300 candidates including 15 women are competing.  The following is a brief look at the main races in the five constituencies:

Candidates: 52 candidates are contesting. They include 10 members from the dissolved house and nine former MPs. The district has three major voter sections: Sunnis, Shiites and Awazem tribe which is Sunni Bedouins. In the last polls, five Shiites and five Sunnis were elected. The Sunnis included two Awazem.

Third Constituency
Main areas include: Kifan, Khaldiya, Jabriya, South Surra, Khitan, Udailiya and others.
Voters: 86,247 including 46,572 women and 39,675 men.
Candidates: 54 candidates who include nine members from the dissolved assembly and seven former MPs including five opposition figures. There are at least six new young faces that have made their presence strongly felt during the campaign.

This is described as the most politicized constituency in Kuwait. It is mainly Sunni but with good presence for Shiites and tribes, mainly the Oteibi tribe.

The district has five opposition figures all of them were former MPs and they have a strong support. Normally, eight seats are divided between Islamists and liberals and the remaining two seats are taken by tribes and Shiites. The composition is expected to hold this time.

Fourth Constituency:
Main areas include Farwaniya, Juleeb Al-Shiyookh, Ardhiya, Ferdous, Andalus, Rabiya, Ishbiliya and Jahra.
Voters: 127,408 including 67,914 women and 59,949 men.
Candidates: 68 candidates who include eight members of the dissolved house and eight former MPs, all of them from the opposition including three of whom Islamists and the rest are nationalists.

This is a predominantly tribal constituency with Mutairi and Rashidi tribes are the main voters. In addition, there are strong sections from other tribes like Shemmari, Ajmi, Dhafiri and also some Shiite votes.

Mutairi tribe is the largest voter base followed immediately with Rashidis. In the past, the two tribes used to get four seats each and the remaining two seats divided among others. Tribal factors and the number of candidates in each tribe are the main crucial factors for winning seats.

Fifth Constituency
Main areas include Fahaheel, Ahmadi, Sabahiya, Dhaher, Hadiya, Fintas, Mangaf, Umm Al-Haiman, Sabah Al-Salem and others.
Voters: 135,512 including 67,584 women and 67,928 men. It is the only district where male voters are more than females.
Candidates: 69 candidates including seven from the previous house and six former MPs all of them from the opposition.

This is another tribal constituency with some small presence for Shiites and urban voters. Awazem and Ajmans are the main tribes which used to bag four seats each. Under the present system, it is unlikely to happen.