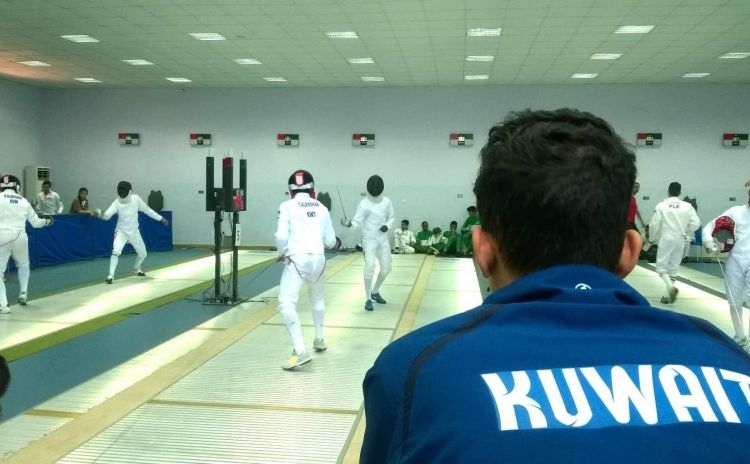 Deputy Director General of Sports Affairs at Public Authority for Sports Dr. Hamoud Fuleiteh hailed the Kuwaiti fencing team for its distinguished achievement in winning top place in the Arab Fencing Championship for Junior and Cadet, which recently concluded at Amman, Jordan.

In a press statement he issued after receiving the Kuwaiti fencing delegation at the airport, Dr. Fuleiteh affirmed that the number of medals the team won in various types of fencing categories is a promising indication that Kuwait is excelling in the fencing sports locally and regionally.

Meanwhile, Head of the Kuwaiti fencing delegation Abdullah AlWalaan dedicated this huge win to the political leadership, adding that the huge support provided by Public Authority for Sports to the national fencing team is regarded as the main reason for the team’s success.

The Kuwaiti fencing team, which participated in the 2017 Arab Fencing Championship for Junior and Cadet, won a total of 20 medals in all fencing categories — Sabre, Epee and Foil.

It is worth mentioning that the Jordanian fencing team came second in the championship, followed by Iraqi team in third place. A total of eight teams representing the United Arab Emirates, Palestine, Lebanon, Jordan, Iraq, Algeria, Saudi Arabia and Kuwait had participated in the championship.