Kuwait Gov’t submits resignation to His Highness the Amir 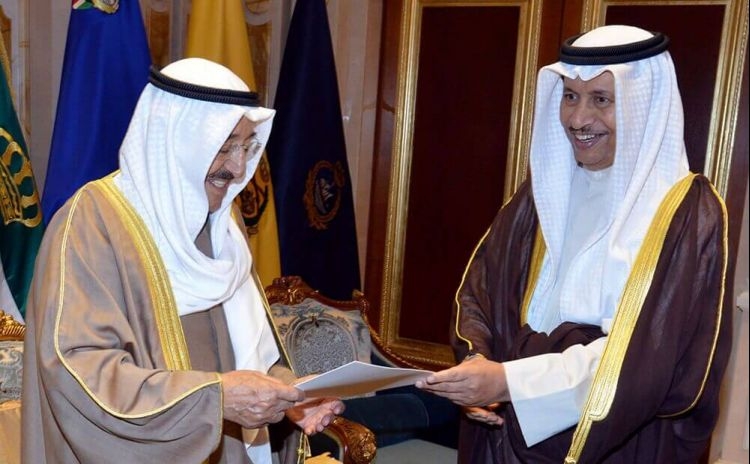 His Highness the Prime Minister Sheikh Jaber Al-Mubarak Al-Hamad Al-Sabah submitted the government's resignation to His Highness the Amir Sheikh Sabah Al-Ahmad Al-Jaber Al-Sabah during a reception at Bayan Palace on Monday.

The meeting was attended by His Highness the Crown Prince Sheikh Nawaf Al-Ahmad Al-Jaber Al-Sabah.

"Your Highness the Amir issued a decree on Ramadan 20, 1434 Hijra and July 29, 2013, that tasked me to chair the government and assume responsibilities of reviving the country and achieving development," Sheikh Jaber said in a letter.

"Under the wise directions of your Highness, the decree No. 2012/2013 was issued on August fourth and asked me to form the government," Sheikh Jaber added.

"As soon as the government was formed, it assumed its responsibilities in this 'critical phase' that included many challenges on all levels. It was a great responsibility that we accepted," he said.

"The government promised your Highness to do its best so as to achieve the goals and meet aspirations of Kuwaitis," the letter affirmed.

Ministers have managed to make many achievements that met ambitions and hopes of all Kuwaitis, thanks to the constructive and fruitful cooperation with the National Assembly's MPs during the previous legislative term, the Prime Minister stated in the letter. Sincere efforts of Kuwaitis also contributed to making such achievements, he pointed out.

"As the elections of 15th legislative term were transparently and impartially held and all results were officially announced, I - in accordance with the 57 Article of the Constitution - submit the government's resignation to your Highness," the letter said. "I, and on behalf of all ministers, express our gratitude to your Highness for this great confidence and for your directives that helped the government make many achievements. The government affirms that it has been sincere soldiers for the dear country." His Highness Sheikh Jaber referred to the big efforts by ministers during this period.

At the end, Sheikh Jaber Al-Mubarak wished His Highness the Amir good health and Kuwait everlasting progress and prosperity.