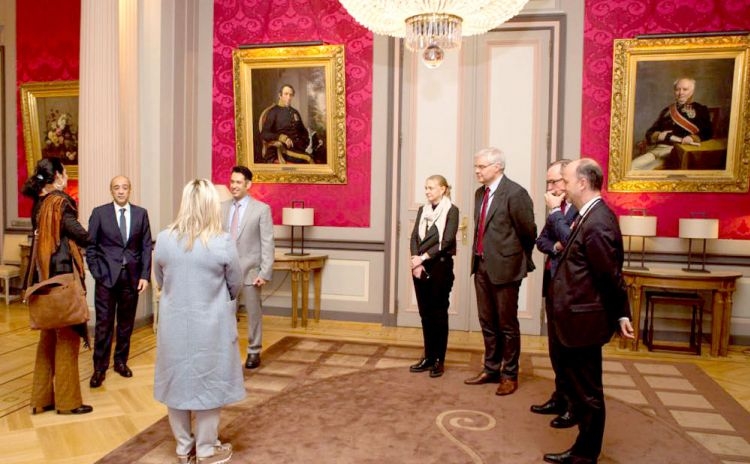 BRUSSELS, Dec 10 (KUNA) -- The President of the Belgian Senate Christine Defraigne has reiterated her strong support that Kuwaiti citizens be exempted from the Schengen visa for the EU.

She expressed her position during a luncheon that she hosted in honour of Kuwait's ambassador to Belgium, Luxembourg, NATO and EU, Jassem Al-Budaiwi, at the Belgian Senate yesterday.

Al-Budaiwi told Kuwait News Agency (KUNA) that Defrainge said Kuwait is a strong candidate and qualified for exemption from Schengen visa and that she will raise this matter with relevant authorities.

Over luncheon, the Belgian Senate President expressed appreciation for being cordially received by His Highness the Amir Sheikh Sabah Al-Ahmad Al-Jaber Al-Sabah during her visit to Kuwait last November.

She lauded the Amir as a "wise and moderate leader," noting that His Highness is exerting all efforts to calm down the situation in the region.

Minister His Highness Sheikh Nasser Al-Mohammad Al-Hamad Al-Sabah, as she discussed with them a number of important subjects of mutual interest.

She underlined Belgium's interests in strengthening bilateral ties with Kuwait and in boosting economic, trade and political cooperation.

On his part, Ambassador Al-Budaiwi informed Defraigne that a number of high-ranking visits from Kuwait to Belgium are in the pipelines for early next year.

Ambassador Al-Budaiwi underlined that both Belgium and Kuwait see eye-to-eye on most regional and international issues and support all efforts to establish peace and security in the world.

"Both Belgium and Kuwait are very keen to move the ties to higher levels," he added.