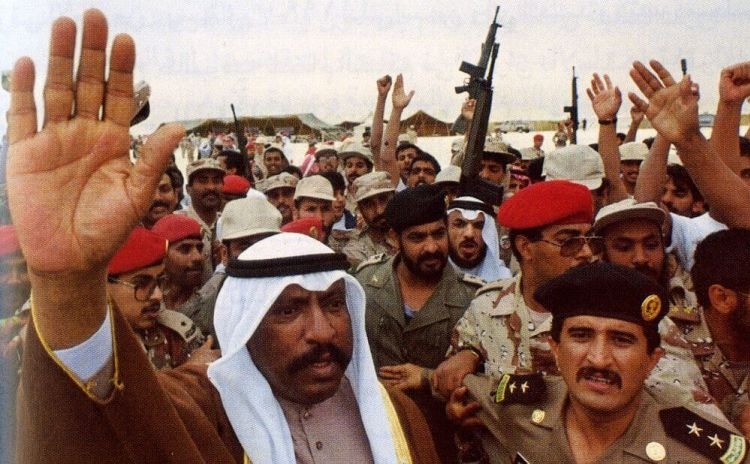 KUWAIT: Kuwait marks today the ninth anniversary of the death of the late Father Amir Sheikh Saad Al-Abdullah Al-Salem Al-Sabah who passed away on May 13, 2008, leaving behind a legacy that is still alive in the hearts of the Kuwaiti people.

Sheikh Saad was the 14th Amir of Kuwait and the fourth Amir of the country after its independence in 1961, he was Crown Prince during the reign of the late Amir Sheikh Jaber Al-Ahmad Al-Sabah (1978-2006).

He served as deputy director of the police department between 1954 and 1959 before being nominated as the first Minister of Interior on January 17, 1962 in the first Cabinet following the adoption of the Constitution.

The Father Amir was named as defense minister in 1964 while retaining his post as minister of interior; he served as Prime Minister between February 16, 1978 and July 13, 2003, leading 10 consecutive governments.

Sheikh Saad Al-Abdullah contributed to the making of key legislations and laws relating to housing welfare, promotion of the national workforce, the economic and urban development, as well as the social, cultural and scientific affairs. He adopted honorable stances that affirmed the country’s independence and won him great popularity since 1961 when then Iraqi leader Abdulkarim Qassim issued threats for Kuwait.

As head of the executive authority at that time, he lobbied public support for the late Amir Sheikh Abdullah Al-Salem in the face of the Iraqi threats. When late Amir Jaber Al-Ahmad took office on February 8, 1978, Sheikh Saad Al-Abdullah was named as Prime Minister ten days before being named as Crown Prince. Sheikh Saad was deservedly called ‘hero of liberation’ due to his prominent role in the Kuwait liberation war against the Iraqi invasion in 1991. Besides lobbying for the liberation of the country on the regional and international levels, he took charge of coordinating the public resistance against the invaders through daily contacts with the field leaders and ensuring the logistic, material and moral support to them.

He continued his efforts to prepare the ground for the return of the displaced Kuwaitis to their homes after the large-scale post-war mine-erasing operation. He personally supervised the efforts to resume the public utilities, the food rations, the reconstruction and the rehabilitation processes, as well as the seven-month battle against the fires at 732 oil wells, which were set ablaze by the Iraqi troops before pulling out from Kuwait. His government in the post-war era focused also on the restoration of the parliamentary life through setting the stage for legislative elections.

Sheikh Saad Al-Abdullah spared no effort to secure the release of the Kuwaiti prisoners of war and missing in action and scaled lobbying for regional and international pressures on the Iraqi regime to solve this humanitarian issue. On this day the children of Kuwait remember this great leader who dedicated his life to serving the homeland and left countless heroic actions.