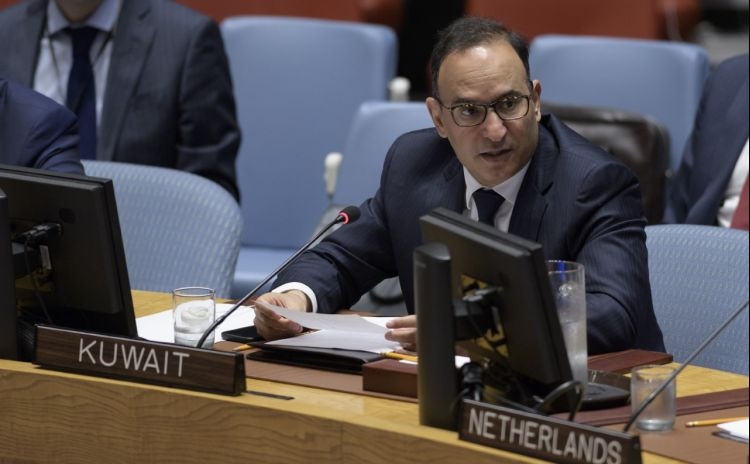 NEW YORK -- Ambassador Al-Otaibi was speaking to journalists ahead of the UNSC session, called by Kuwait to discuss latest development in Gaza.

Al-Otaibi affirmed in a previous session that the Palestinian people must not continue to be exempted from international commitments and laws, namely the adherence to protecting civilians from atrocities and grave breaches and Israel, as the de facto occupation entity, must implement the Fourth Geneva Convention of 1949 on safeguarding the civilians.

"We strongly support securing international protection for the Palestinian people in the occupied territories and resisting the Israeli occupation repressive practices and policies," he stated.