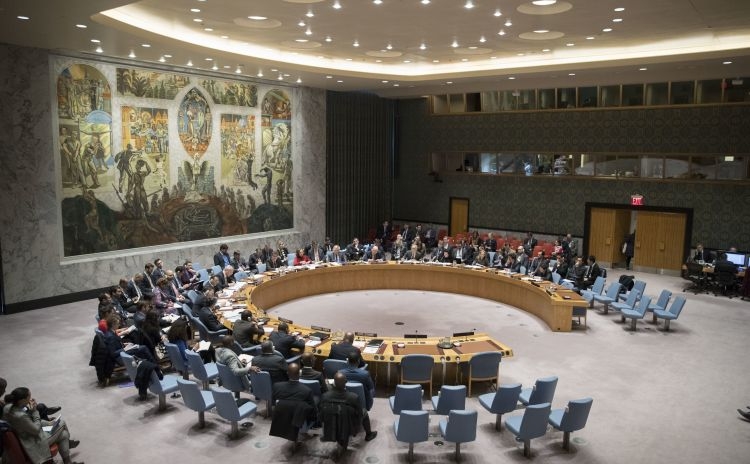 Kuwait is set to celebrate its 55th anniversary for joining the UN on Monday, as the country became the UN's 111th member on 14 May, 1963.

NEW YORK, May 13 (KUNA) -- Speaking to KUNA on Sunday, Deputy Spokesman for the Secretary General Farhan Haq thanked Kuwait for its great role in supporting the UN's activities and programs especially in the humanitarian field.

He also hailed Kuwait's efforts to protect international peace and security through mediation between the GCC states as well as between clashing Yemeni parties.

Kuwait provides over 1.3 percent worth of humanitarian aid out of its total GDP, a percentage which exceeds the international standard of 0.7 percent. The country had set 10 percent of its contributions for the UN bodies, and had doubled the number in September 2014.

As a result of the country's efforts to support international peace, Kuwait won UN Security Council (UNSC) membership for the term 1978-1979, while it also chaired the council in February 1979.

The country had set several targets to achieve during its membership period. These include defending the Palestinian Cause, improving the work system of the UNSC, boosting mediation efforts and preventing conflicts.

As part of these goals, Kuwait supported the participation of Palestinian President Mahmoud Abbas in a historic session on the conditions in Palestine last February. It also called for urgent sessions to end the Israeli violations in Gaza.

Meanwhile, the UNSC adopted Resolution 2401 presented by Kuwait and Sweden for a ceasefire in Syria for a 30-day period, to allow humanitarian aid to enter different parts of Syria.

Kuwait also played a big role in issuing vital resolutions regarding Yemen in the UNSC in March 2018, in addition to its mediation efforts between clashing Yemeni parties.

Kuwait also coordinated a first-ever visit to Bangladesh and Myanmar to follow up on the conditions of the Rohingya Muslim refugees in the two countries, in cooperation with UNSC member-states.