Kuwait to publicize complacent officials responsible for the rain damage

The minister of public works announced on Saturday that a panel would be formed to examine why some roads and public places were swamped with rainwater. 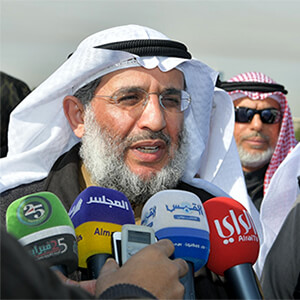 Civil servants who were slack and failed to deal with the situation "would be divulged," along with those who were responsible for the damage caused by wide-scale floods, witnessed in Kuwait yesterday due to heavy rain, indicated Minister Abdulrahman Al-Mutawaa.

In a statement to Kuwait News Agency (KUNA), Minister Al-Mutawaa said he held an emergency meeting with officials of his department to discuss causes of the problem.

A special and neutral committee will be formed to examine causes that led to the accumulation of huge volumes of water onto the roads and public squares in the country, he added, indicating that names of the civil servants responsible for the problem would be publicized.

The slack personnel including contractors will be referred to the public prosecution, the minister declared.

The relevant panel will prepare a report about the issue and refer it to the competent authorities in two weeks.

Some low-level locations in the country were swamped with torrential rain water yesterday, amid an unstable weather gripping the whole Arabian Peninsula.