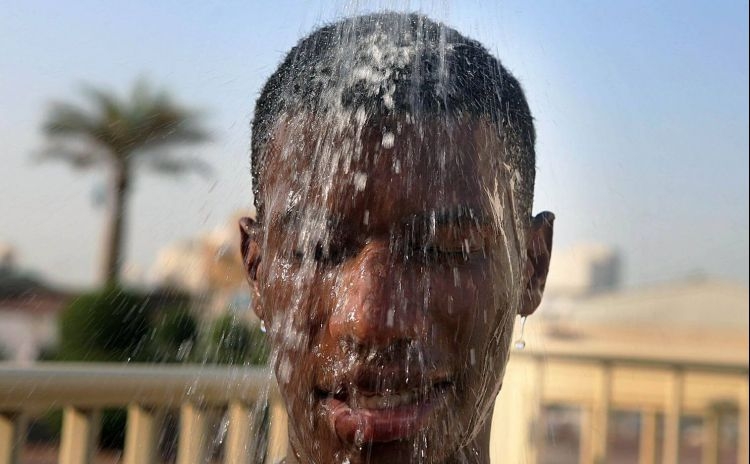 KUWAIT CITY, May 11, (KUNA): As the transition stage between the spring and summer begins, the weather in Kuwait will become hotter and this will be very evident during the weekend, said official at Kuwait Meteorological Department Yasser Al-Balushi Thursday.

Speaking to KUNA, Al-Balushi said the weather on Thursday would be stable, as the highest temperature will reach between 41-43 degrees, while the lowest will be between 24-26 degrees. Sea state will have slight to moderate waves at one to three feet, with an unsteady slight south wind at speed of 6-26 km/h.

Friday is also expected to witness hot weather with the highest temperature hitting between 41-43 degrees, said the official, adding that unsteady to moderate southeast wind at speed of 10-35 km/h will prevail.