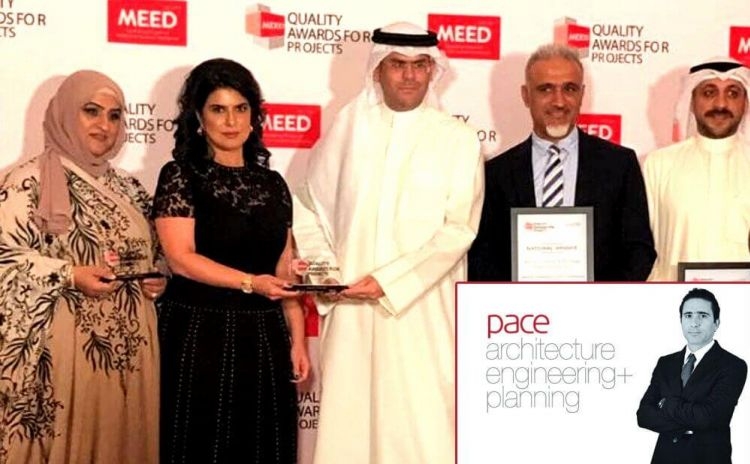 DUBAI, May 4 (KUNA) -- The State of Kuwait, represented by Amiri Diwan, has won MEED's Building Project of the Year through the country's Jahra and Farwaniya Courts Complexes.

Speaking to KUNA on Thursday following the award-giving ceremony, where he attended to receive MEED's award, the Diwan's official boasted that the complexes project was completed in record time thanks to modern construction technology used.

He thanked all those who contributed to the designing of this project which capped great efforts of designing and supervision, in collaboration with the Pan Arab Consulting Engineers (PACE).

The Jahra & Farwaniya Courts Complexes project was designed in a magnificent way that reflected Kuwaiti heritage which combined Kuwaiti traditional architecture and Arabic calligraphy. "The design of this judicial edifice reflected the transparency of communication with the law that ensures justice to individuals and society," he added.

The technologically designed project is a national exemplary achievement that is capable of winning key world engineering and architecture awards.

The architectural language used for the Jahra and Farwaniya Courts Complex is aimed at reflecting both the strength and transparency of the Kuwait justice system. The two high-rise court buildings consist of 80 courtrooms each, administrative and governmental offices, 23 conference rooms, cafes and associated public spaces.

Large state of the art courts totaling 200 square meters include natural illumination using clerestory windows and these are augmented by the natural light that enters via the large patterned glass faأ§ade that enables the public lobbies to be filled with light. The MEED Quality Awards for Projects aims to raise standards through benchmarking the best practice specified in project briefs and excellence provided in project delivery.

MEED is a remarkable senior management media brand that encompasses a subscription website and magazine.

Established in 1957, MEED, has been integral to delivering business information and news, intelligence and analysis on the Middle East economies and activities ever since.

It holds an annual event to assess major projects in the field of construction in the Middle East region in presence of renowned experts. It gives awards to winning projects at the end of the event. (end) smr.mt