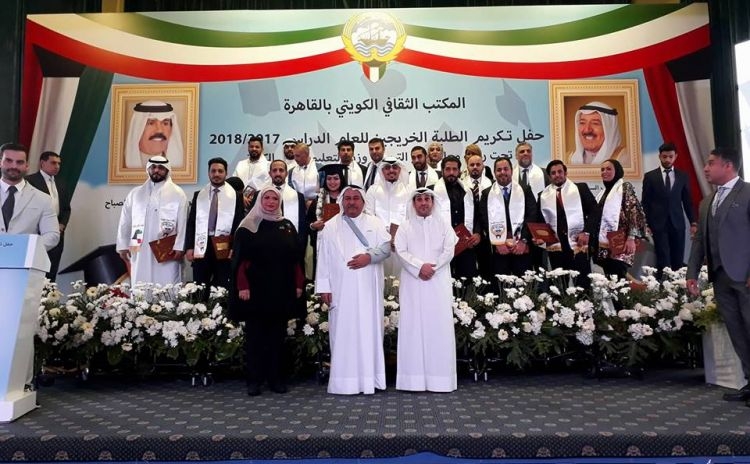 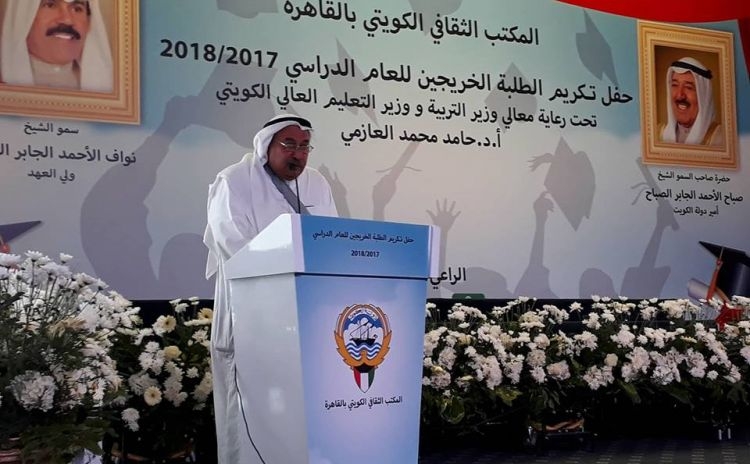 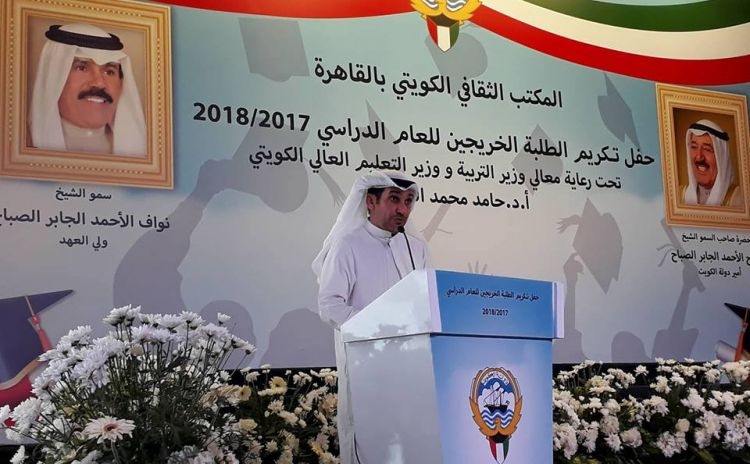 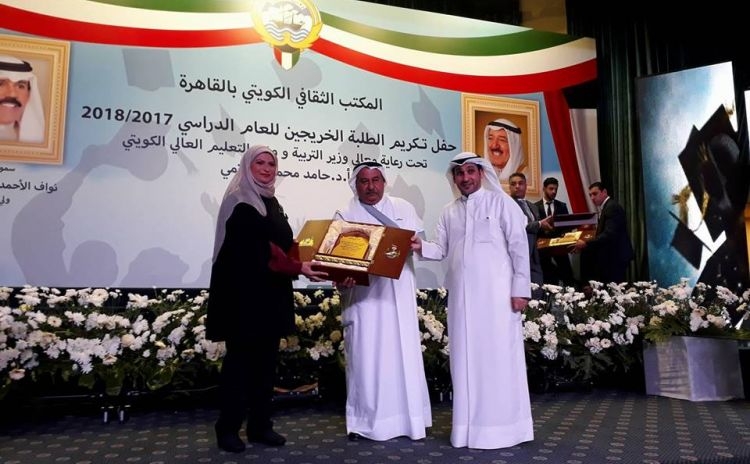 Amid joyful atmospheres, the Cultural Office of the Kuwaiti Embassy held on Saturday an honoring ceremony for the Kuwaitis graduated from Egyptian universities for the academic year 2017-18.

CAIRO, May 12: In a speech at the ceremony, Fatma Senan, representative of Minister of Education and Minister of Higher Education Hamed Al-Azmi, lauded the comprehensive renaissance witnessed by Kuwait's educational sector, thanks to the wise vision of His Highness the Amir Sheikh Sabah Al-Ahmad Al-Jaber Al-Sabah.

She referred to the role by His Highness the Amir in supporting the country's sons and daughters to complete their studies, which provide them with knowledge and science and other skills.

Such things enable the Kuwaiti graduates to contribute to the march of development and prosperity in the country in all domains, she noted.

She expressed her gratitude to Egyptian officials who helped these people be able to face the future's challenges, in line with highest scientific standards so as to continue development in both public and private sectors.

Meanwhile, Kuwait's Ambassador to Egypt Mohammad Al-Thuwaikh stressed that Kuwait has been sparing no efforts to back its citizens studying abroad, urging them to continue education and learning to be benefit their country.

Speaking to KUNA in a statement on the sidelines of the ceremony, the ambassador congratulated the fresh graduates and their families on this occasion.

For his part, Ahmad Al-Mutairi, head of the office, told the graduates that they would be the future, saying "If you are part of present, you will be the entire future." He affirmed that the country remains strengthened, strong and stable by the hands of its citizens who contributing to its development and progress.

He lauded all efforts made to help these nationals graduate in order to start practical life, stressing that the country is waiting their contributions and skills.